Wine & Spirits relies on a vibrant community of retailers, sommeliers, winemakers, and other wine professionals to join our tasting panels. The panels are conducted by a critic or W&S staff, and benefit from the multiple perspectives. We pose a simple question: Would you recommend this wine to a friend? The wines that a majority of the panelists recommend are then re-tasted and scored by the critic.

In this installment of our “Panelist Profile” series, Sydney Love interviewed Rick Arline, wine director of Auburn, which opened its doors earlier this year in March.

How did you go from radio into wine?
I’d done restaurant work off and on since I was 18. When I got laid off [at the radio station] in 2010, my then-girlfriend and I were doing these underground dinner events where we were bringing in chef friends for pop-up dinners in our home. I got serious about wanting to work in hospitality at that point. I thought, “Hey, maybe I can really do something in this industry full-time.” I decided I was just going to double down and do the wine thing, because I liked it.

How does radio relate to your work as a sommelier?
Every day is different, and new challenges present themselves all the time. It’s also a business very much geared around timing. But most importantly, broadcasting educates one very quickly on how to speak to people and what language to use to communicate.

When did you come to California—and how did you land at Auburn?
I was working for The Capital Grille in Miami and I asked them for a transfer in 2014. I wanted to be in California, closer to wine and where everything was happening. They sent me out here the week before Thanksgiving.

I actually met chef Eric through the chef at Hotel Bel-Air, Hugo Bolaños. He and his wife had come in and had dinner, and I’d done a few fun pairings for them. When Auburn was looking for a sommelier, I came in for an interview and met with the team. The rest is history.

What’s your favorite food and wine pairing at the moment?
We do twelve dishes every night [at Auburn]; because we do a lot of pairings, we have some really fun wines from around the world. Right now, we have this roasted eggplant dish. It’s super earthy, a little sweet, a little nutty. [Paired] with a Leitz riesling from the Rheingau, it’s beautiful. And a lot of our guests say they don’t like riesling, but when they try this pairing, they totally get it. It’s probably one of the most talked about pairings that we do.

Is there a wine on your list right now that stands out for you?
We have a vertical of zinfandel from Frog’s Leap from 1988 to 1993. When I first met owner-winemaker John Williams a few years ago, he struck me as incredibly down to earth for a guy who is basically a legend. And his commitment to sustainable agriculture in Napa is admirable. The wines are a way to take a look at how great California wine can be when it’s older. It’s not something people think of when it comes to zinfandel.

What’s a wine that stood out from one of our recent tasting panels?
Dirty & Rowdy’s 2018 Shake Ridge Ranch Mourvedre. I love Dirty & Rowdy’s take on California mourvedre: High-toned fruit, beautiful acidity and balance…delicious wine. I think California mourvedre requires a conversation a lot of the time, but once you get the right one in a guest’s glass, they love it.

KEY INFO
Still or Sparkling:
Sparkling (by a nose) 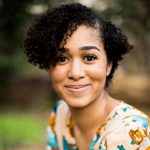 is the tasting coordinator for US wines at Wine & Spirits magazine.