The Chianti Classico Consortium announced on June 16th that a large majority of their members has approved new regulations that will recognize official subzones, or UGAs (Additional Geographical Units).

The change will affect only wines in the Gran Selezione category, billed as the top level of the Chianti Classico quality pyramid and representing about six percent of the DOCG’s total production. The Consortium suggested that it eventually may allow use of UGAs on labels for Chianti Classico Riserva and Chianti Classico Annata wines as well.

The Consortium also approved another significant rule change for Gran Selezione wines, modifying the blend to require a minimum of 90 percent sangiovese (up from 80 percent) and prohibiting the use of international varieties like cabernet sauvignon or merlot. Native varieties like canaiolo nero, colorino, ciliegiolo and pugnitello will continue to be allowed at up to ten percent of a Gran Selezione blend.

The UGA project has been a primary goal of Giovanni Manetti since he took over as president of the Consortium three years ago. In December 2019, Manetti told this magazine that he hoped to implement these two changes by spring of 2020, but the COVID-19 pandemic hit just a couple of months later.

Although the creation of UGAs has been anticipated for several years, the exact configuration of the UGA map was unclear until now. Some thought the UGAs might align with the eight municipalities (Castellina, Gaiole, Greve, Radda, Castelnuovo Berardenga, San Casciano Val di Pesa, Barberino Tavarnelle and Poggibonsi) that fall partially or fully within the Chianti Classico DOCG’s borders. Others sought recognition for smaller areas within those municipalities, arguing that wines from places like Panzano and Lamole (both of which are in the Greve municipality) merited their own UGAs. This latter approach has prevailed, with the following eleven UGAs adopted: Castellina, Castelnuovo Berardenga, Gaiole, Greve, Lamole, Montefioralle, Panzano, Radda, San Casciano, San Donato in Poggio and Vagliagli (the western “wing” of Castelnuovo Berardenga).

Don’t look for those UGA names on the labels just yet. The proposal now goes to the Minister of Agriculture in Rome, who must approve the rule changes before they can take effect. 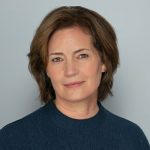