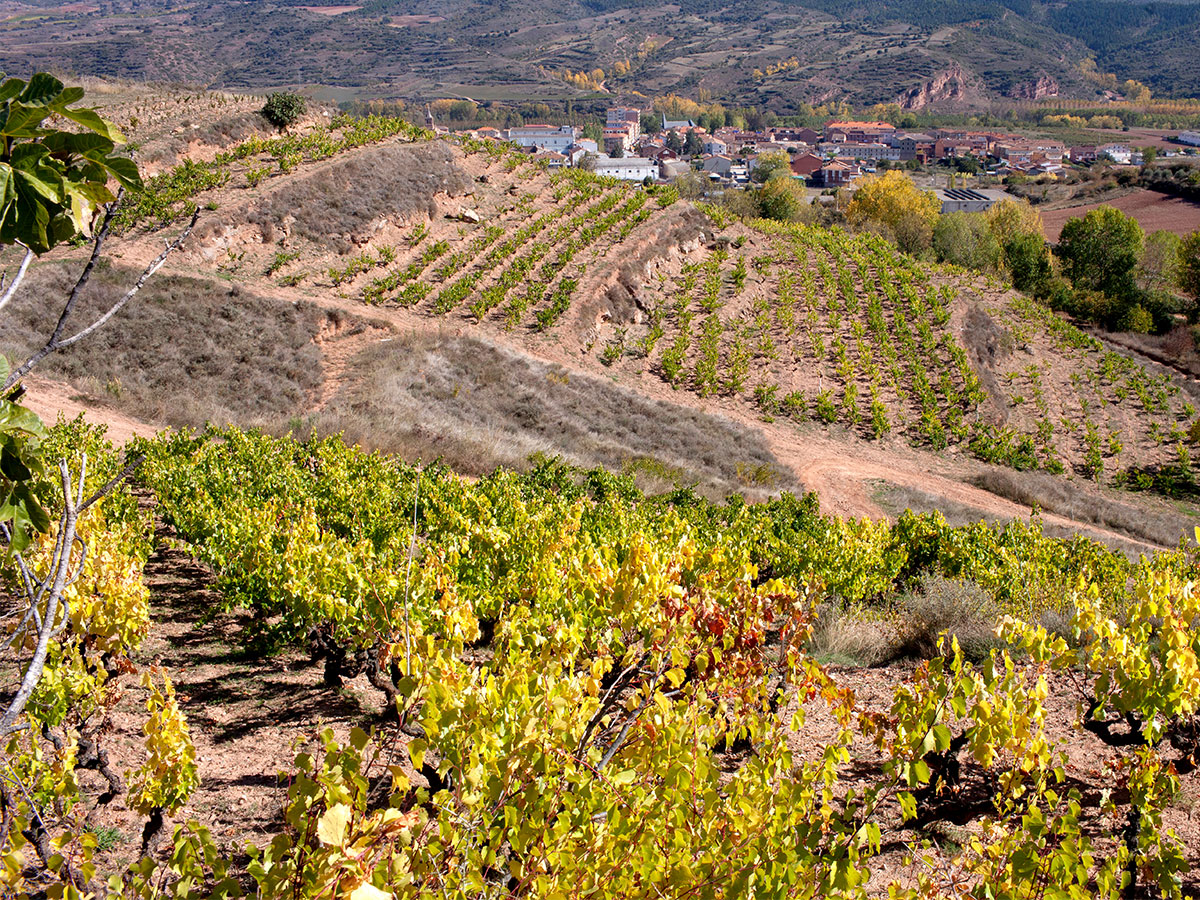 Juan Carlos Sancha tends centenary garnacha vines in the Najerilla valley, including this parcel which he presents in his Viñedo Singular Cerro La Isa Garnacha.

I don’t know how to drive with a manual shift. This doesn’t hurt my ego at all, but it becomes a problem in Spain. There aren’t many cars with automatic transmissions to rent, and even fewer outside of Madrid or Barcelona. Often, when you speak like a local, the rental agent will check to make sure you do not want a manual.

In Zaragoza, I had three choices. It felt like when you don’t know the wines by the glass, you pick the one priced in the middle… but then they upgraded my reservation, and I ended up with a sports car from Mercedes-Benz. I could not care less about cars, but I have to say that it felt great driving from Zaragoza to Logroño. Maybe because there were no car seats for the kids in the back, or because I am getting close to forty, and it made me feel cool…until I didn’t know how to change the radio station and had to listen to Radio Maria, with its Catholic songs and sermons. Even in the most remote corner of Spain, Radio Maria will be there.

I pulled off the highway and found another station, then turned onto a local road behind a tractor hauling grapes, one of the hundreds of tractors on the roads in Rioja during harvest­—the driver looking at a very-pretentious me in my fancy car, with plenty of time to hold that stare.

Naturally my adopted New Yorker frustration came out right away, then my Catholic education took me to resignation, and, after a few miles, I became thankful to this tractor driver for pushing me into the slow lane, slower than the speeding pace of a New York City sidewalk. He gave me the chance to realize how beautiful Rioja is, particularly at harvest, with the leaves changing color on the vines.

Eventually, I pulled off into an old Rioja vineyard. The top terraces were yellow, the head-pruned viura planted in the poor soils already harvested and done for the season. The center of the hill was purple, planted to tempranillo vines still laden with ripe berries. Garnacha filled in the bottom, its leaves still green, its grapes still full of acidity, as if holding the door for the other grapes. You go first, please.

Among Rioja’s winegrowers, those most loyal to garnacha value its resilience and rustic character. And yet, garnacha remains underrated, like a local bar that remains a favorite because it never gets too popular. Unfortunately for those who love garnacha, that means that a lot of old vineyards continue to be pulled out. But today, even as less garnacha remains planted in Rioja, there are more good garnachas than ever before.

The winegrower behind Bodega Sierra de Toloño, Bravo was born in Logroño and returned home to Rioja after working as the vineyard manager for Scala Dei in Priorat (and traveling to work in California, Australia, Italy…). She believes a winemaker’s personality comes…