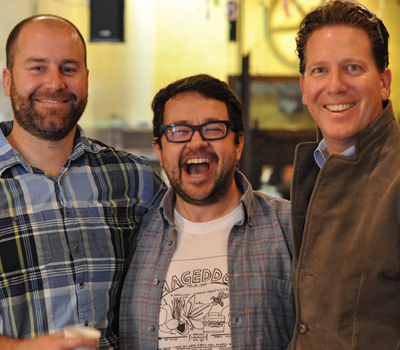 Ryan Glaab, Ryme Cellars; Hardy Wallace, Dirty & Rowdy; and Pax Mahle, Wind Gap (above); Broc’s Picpoul and Matthiasson’s blend of sauvignon blanc, ribolla gialla, semillon and friulano (below)—all part of the trend toward showcasing California’s “seven percenters.”
The event came together quickly. Sam Bilbro of Idlewild Wines met Nathan Roberts and Duncan Arnot Meyers of Arnot-Roberts and proposed the idea: A tasting of small northern California labels making wine from particularly obscure varieties. Roberts and Meyers talked to Kevin Wardell of Healdsburg’s Bergamot Alley wine bar, who suggested that the tasting happen in Healdsburg, the town they all call home. Within a day, 17 labels agreed to pour. They dubbed the tasting “Seven % Solution,” and it quickly sold out. On May 11, Bergamot Alley was packed for hours with over 150 tasters buzzing around this ad-hoc group of wines brought together for the first time.

As the organizers explain it, 93 percent of vineyards in the North Coast are planted to eight grape varieties: cabernet, chardonnay, pinot noir, syrah, merlot, sauvignon blanc, zinfandel and petite sirah. The remaining seven percent of vineyard land is left for those interested in making wine from any number of other varieties, from aglianico to mourvedre to verdelho.

Vineyard manager and winemaker Steve Matthiasson has gained critical traction with a Napa white blend that includes healthy doses of ribolla gialla, semillon and friulano with a base of sauvignon blanc. He credits the success of the event and the attitude it represents to an increasingly curious consumer base that’s been spurred on by retailers and sommeliers focused on wine education. The openness to new styles now makes it possible for newer labels like Bilbro’s Idlewild Wines and Hardy Wallace’s Dirty & Rowdy to produce wines exclusively from what you might call “seven percenter” grape varieties.

The enthusiasm of small producers for obscure varieties also helps preserve old-vine vineyards that were previously losing market value. Morgan Twain-Peterson seeks out such sites for his Bedrock label, both in an attempt to preserve California’s viticultural heritage and keep the market for those wines viable. Along with other like-minded producers, he’s deepening California’s collective grasp of terroir through a greater respect for vine age and a focus on diversity.

Winemakers are already learning a thing or two along the way. Pax Mahle of Wind Gap credits his work with arinto for helping to change his views on ripeness. To understand arinto, Mahle had to research traditional approaches to the variety in Portugal. There, the grape was picked at ripeness levels Mahle originally considered too green. After vinification, however, the wine was “yummy, fresh, not swinging for the fences.” And generally more compatible with food. Mahle soon began to experiment with picking times for syrah and chardonnay as well.

“It makes the New World, in this way, so exciting,” Hardy Wallace says. “We’re striving for what expresses these sites in the most beautiful way. We don’t know what that is yet.”

This story was featured in W&S August 2013.
photo by Leigh Vogel 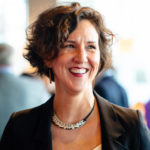 Based in Sonoma, Elaine Chukan Brown serves as the American specialist for JancisRobinson.com. Their work also appears in World of Fine Wine, the fourth edition of the Oxford Companion to Wine and on their own site, WakawakaWineReviews.com. Prior to writing about wine, Chukan Brown was a philosophy professor specializing in ethics and social politics.