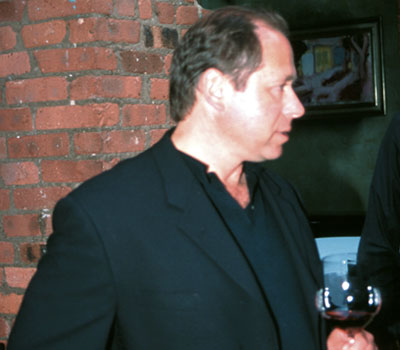 Smith was one of seminal writers on North Coast wine as it transformed from a small cottage industry into the contemporary powerhouse it represents today.  He contributed stories to the San Francisco Chronicle, Los Angeles Times and a number of magazines, including articles on sailing, travel and surfing. He also published two books. One was an extensive historical research project on Beaulieu Vineyard, titled Private Reserve. The other focused on his interest in wines from distinctive places, titled The Art of Terroir: A Portrait of California Vineyards.

One of the original contributors to Wine & Spirits Magazine in the early 1980s, Smith wrote a humor column as well as essays on wine. Over the next two decades, he developed as one of the foremost writers exploring terroir, particularly in the Napa Valley and Sonoma County. Smith continued to write for the magazine regularly until 2006, when he left active wine writing to focus on raising a family with his wife, Catherine Bartolomei, and raising pinot noir vines on their ranch in Forestville.

During his years as a wine writer, Smith’s distinctive voice and the concision of his prose allowed him to express an emotional connection to wines and the places where they grew. His essays were based on extensive research, rigorous argument and the kind of disciplined use of language that made the concept of terroir accessible to a wide audience.

On a personal note, Rod remained a close friend for many years. In 1999, we worked together on a project that introduced me to the far coast of Sonoma, a region he already knew well. We visited the developing vineyards at Flowers and Hirsch; Rod wrote the text; I took the photos. His story, “Purple Gold Rush” (W&S August 1999), remains a foundational essay on what has become one of California’s most important fine wine regions. The story earned the James Beard Award for magazine writing on wine in 2000. During those research trips, we would often stop at Hog Island Oyster Farm and pick up dozens of oysters, icing them down for the drive to San Francisco’s California Street, where Rod lived with his first wife, the artist Dana DeKalb. Dana would make duck fat fries while we shucked the oysters, and we’d down them all with Pierre Peters Champagne.

Later, after Rod remarried and settled at the Bartolomei Ranch, he became interested in planting the hillside behind the house and took on the vineyard project, while his wife, Catherine, ran the Farmhouse Inn. Rod and I hiked the vineyard many times in those first years of its planting, checking on vines on the way toward a forest path that led to a high meadow, one of his favorite places on the property.

Rod developed a connection to the place, as he did in so many of the powerful spots where wine or redwoods grow on the North Coast. It’s where he raised his two children, Helen and Rocco, and where he spent his last days.

A memorial service for Rod Smith was held on May 9, at St. Paul’s Episcopal Church in Healdsburg.