The first time I met Tony Terlato, it was 1983 and I was earning a pauper’s wage at a local publishing company. He promised to double my salary after I had correctly named the first growths of Bordeaux, showed off my French and promised that I could learn Italian. It was an unusual job interview, to be sure, but characteristic of Tony, who’d grown a small local distributor of Italian products on Chicago’s South Side into one of the foremost importers in the US, with enviable headquarters on Chicago’s North Shore.

Knowing the status of fine Italian wines today, it is hard to imagine the pioneering work that Terlato did to bring top Italian wines into the United States. When, in a restaurant in Alto Adige in 1979, he sensed promise in the marketability of pinot grigio, he ordered every example on the list to try. Out of 18 wines, Santa Margherita stood out to him, and the rest is history . He went on to open the US market to producers such as Pio Cesare, Il Poggione, Frescobaldi and Renato Ratti.

A lover of gastronomy, Tony often forged friendships with winemakers in the cantina-like dining room above the company warehouse, where he cooked homemade pasta for a rollcall of famous guests. Through his insistence that “Quality has endurance,” Tony assembled a portfolio of more than 60 brands from 12 countries, including the Terlatos’ own wineries in California.

Tony is survived by his wife, Jo, to whom he was married for 65 years, and sons Bill and John, who succeeded him in the business. 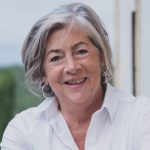 In addition to writing about wine, Master of Wine Fiona Morrison manages the Thienpont family’s négociant business in Etikhove, Belgium and, with her husband, Jacques, manages their three Bordeaux estates—Le Pin in Pomerol, L’If in St-Emilion and L’Hêtre in Castillon.