I first met Movia’s Aleš Kristančič at our Top of the List event in New York this past May, where he joined us for a seminar on natural wines with Puro, an almost electric-tasting sparkling wine that he bottles with the lees intact. It’s a wonder that the wine doesn’t come with a Warning: Don’t Try This at Home sign attached. Most producers of sparkling wine opt to make bottle opening consumer-friendly; they disgorge prior to release. But Aleš wants us to experience the full power of his biodynamic fruit, and a premature removal of the yeast might rob the wine of a portion of its flavor. Not to mention that leaving it in the bottle increases Puro’s aging potential.

The Movia estate straddles the border between Italy and Slovenia, part of it in Friuli’s Collio, part in Brda. And though Slovenian wine is still something of a novelty in this country, Movia seems to be a household name for every sommelier and natural wine fanatic I know. It probably helps that Aleš is not exactly a soft-spoken personality; the sly-grinning winemaker arrives on the scene and fills the room at once with his wild energy. Our team decided to stage the Movia table outside for this year’s Top 100, allowing plenty of space for Aleš‘s showmanship, as he disgorged his bottles of 100 percent pinot noir Puro Rosé—the wine’s phosphorescent glow shining even brighter under that Wednesday night’s full moon.

Early into the tasting, I announced that I was going to disgorge my first Puro Rosé. Once we had located the appropriate vessel, the Domaine Select crew plunged the bottles neck-down into the ice for the yeast to settle into perfect plugs. After the sun had set, I decided it was time. Aleš lent me his disgorger, which looks a bit like a medieval torture device; he kept a close eye as I submerged the bottle in a clear bucket of water, and slowly hinged it away from the cork to release the plug—then pop! The wine surged out with a burst, and I quickly turned the bottle upright to find a crowd with glasses already extended, ready for their tastes. My disgorging is chronicled here by our photographer, Jen Siska. 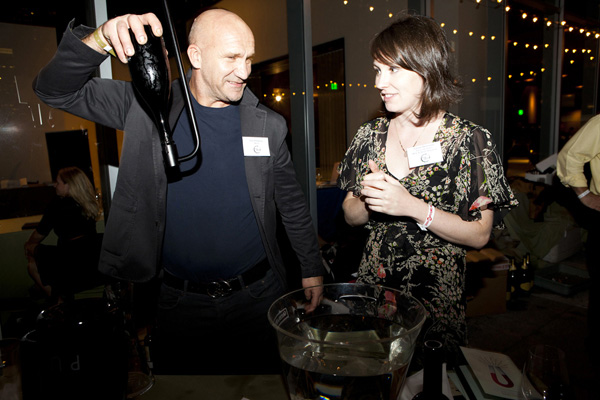 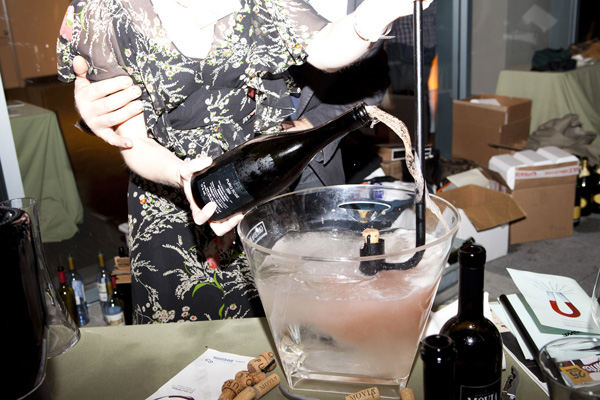 The yeast is removed. 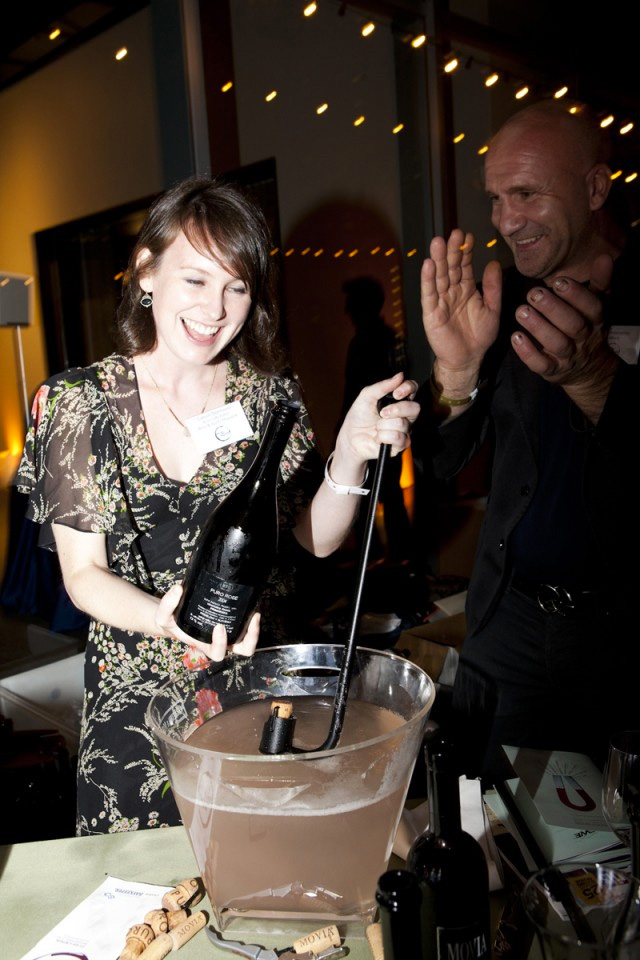 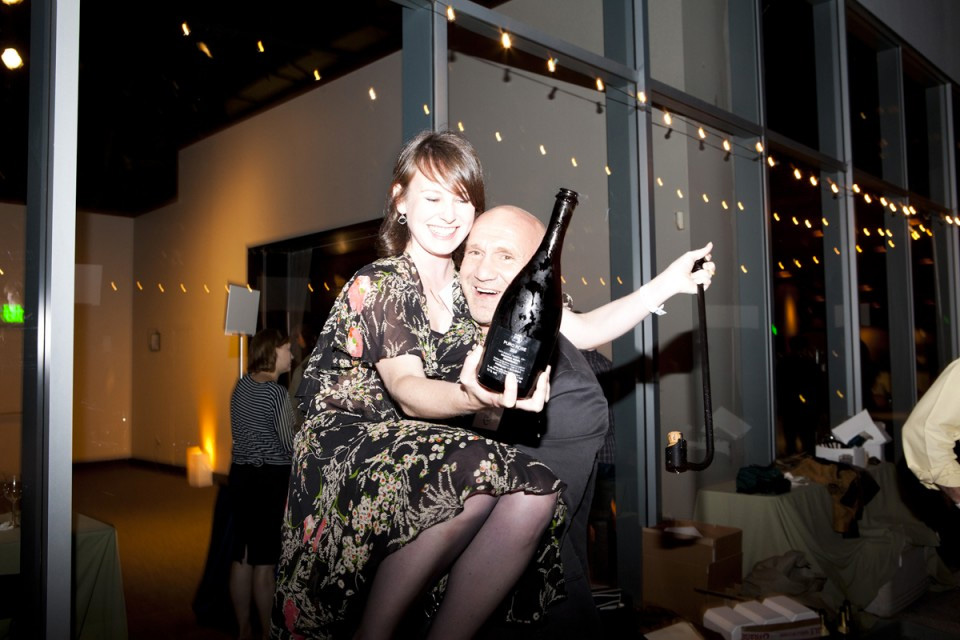 This is a W&S web exclusive feature.
photos by Jen Siska