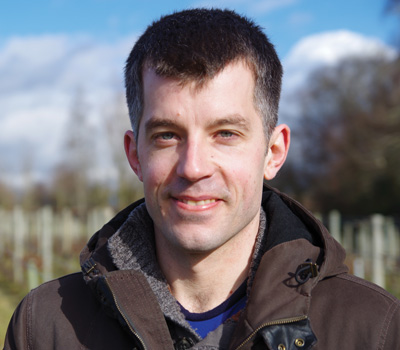 Brad Greatrix of Nyetimber
While there is a lot of excitement about the potential for sparkling wine in England, a new scientific paper from researchers at the University of East Anglia has shown that the climate in the south of England is still marginal for quality wine production.

The team, led by Alistair Nesbitt at the UEA’s School of Environmental Sciences, examined climate data from 1954 to 2013. The paper, published in the Australian Journal of Grape and Wine Research, shows that since 1960, growing season temperatures in the UK have risen faster than the global average, perhaps explaining why, between 2004 and 2013, the area under vine increased by 148 percent.

But this rise in temperatures has coincided with an increase in climate variability. While the average yield since 1989 is 21.5 hectoliters/hectare, it has ranged from 6 (in 2012) to 37.7 (in 1992). Reduced yields often occur because of rainfall and cool weather in June, when flowering and crop set takes place. In addition, early season frosts are a significant threat.

“While rising average temperatures are important, the impact of short term weather events such as cold snaps, sharp frosts and downpours will continue to threaten productivity,” says Nesbitt. “In June, wet weather, particularly when combined with cool and overcast conditions, can really impact the flowering process.” He thinks that the recent shift from varieties adapted to English conditions towards the Champagne varieties may amplify challenges posed by inclement early season weather.

Even so, while that climate variability may be challenging, producers are committed to the classic grapes of Champagne, no matter how much more vulnerable they may be.

“Each year, it’s true that we have a period lasting four to six weeks in the spring where we are vulnerable to frost events,” says Brad Greatrix of leading English sparkling wine producer Nyetimber. “Chardonnay is particularly at risk because it has the earliest budburst date. However, chardonnay, pinot noir and pinot meunier are superior varieties for sparkling wine, and it wouldn’t make sense to consider alternatives just to get around the issue of frost.” 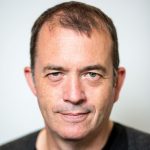 Based in London, Jamie Goode is a lapsed scientist who now devotes his time to writing about wine, mainly in the UK national newspaper the Sunday Express, and on his own site, wineanorak.com. The author of The Science of Wine (UC Press 2014) and I Taste Red (2016).