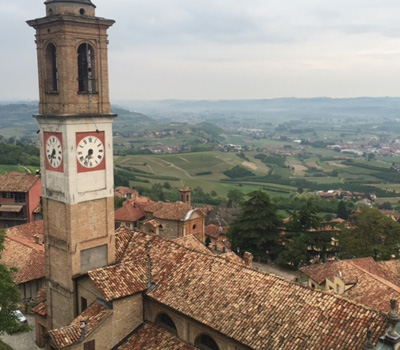 Flanking Alberto Cordero di Montezemolo, president of Albeisa, the association of local wine producers that sponsors the event, were Antonio Deltetto of Roero and Orlando Pecchinino of Dogliani. This was interesting, as, two years ago, the Roero withdrew from the consortium formerly known as the Consorzio Tutela di Barolo, Barbaresco, Alba, Langhe e Roero and formed an independent organization. Deltetto, who produces wines in Roero, was sitting in for the president of the new consorzio, who was traveling abroad. About a year after the Roero fallout, the BBAL group, perhaps feeling uncomfortable with its truncated title, welcomed the Dogliani DOCG into its fold. (In 2005, Dolcetto di Dogliani was awarded DOCG status and changed its name to Dogliani.) Much more recently—two weeks ago, in fact—Pecchinino became the new president of the BBALD consortium. “I had no idea myself until a week before it happened,” he explained, “but they needed someone and it was too important an opportunity to pass up. I think we need to break down our boundaries,” he added. “The world does not end past the ridge of Monforte.” While these changes might appear to be merely bureaucratic musical chairs, there is much going on here that could be of real significance to wine lovers. While Barolo and Barbaresco have clearly taken the lead in putting the region on the world wine map, they are not the only places in the region to produce great nebbiolo wines. I, for one, am a huge believer in the potential of the Roero to produce exceptional nebbiolos that reflect the region’s unique landscape and its soil, characterized primarily by its large percentage of sand. The hope now is that, with their own Consorzio Tutela, vintners will have the confidence to make wines expressive of their own terroir, rather than trying to imitate Barolo. 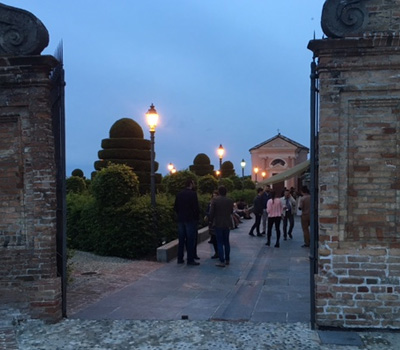 The entrance of Dogliani into the Barolo consortium also signifies a recognition that nebbiolo is not the Langhe’s only noteworthy grape. In Dogliani, just 15 minutes south of the Barolo zone, nebbiolo does not do well but dolcetto excels, turning out wines that are earthier, more complex and fuller-bodied than most Dolcetto d’Alba while still remaining true to the variety. Over the years, however, it seemed that Dogliani too had drifted off course, often producing wines that felt forced—over-concentrated and unbalanced—as if, once again, trying to make themselves over in the image of their famous neighbor. Perhaps by becoming part of the consortium, with one of their own as president no less, Dogliani producers will gain the self-confidence to be who they are. While Nebbiolo Prima will offer the opportunity to check up on Roero in the coming days, Dogliani will have to wait for another occasion for, as the name suggests, it’s all nebbiolo, all the time during this event, with a focus on Barolo, Barbaresco, and Roero Rosso. Stay tuned. This is a W&S web exclusive feature.