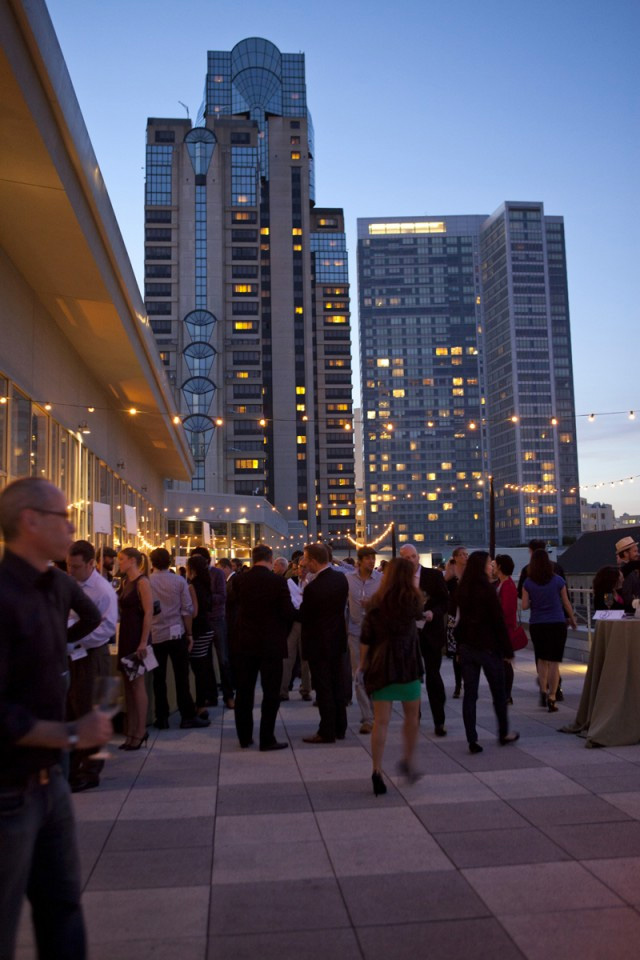 The “Cher Building” overlooking City View at METREON
When Mira Bieler and I look at a new venue for the Top 100, the first thing I consider is the oysters and Champagne. That’s where everyone will start the evening—and where I plan to start my evening as well. It’s the prow of the Top 100 ship.

Mira has helped us produce the Top 100 for eight years running, and has continued to find cool venues for the event. This past spring, she met me at City View at METREON, and neither of us held out much hope standing at the elevators in the downstairs lobby, smelling the popcorn of the AMC movie theaters (the nasty side of chardonnay). The elevator opened onto the fourth floor and we walked out into the raw, soon-to-be-renovated space then out onto the balcony. There was the Cher building to the north, so named by Michael Kinney and quoted by Herb Caen in the SF Chronicle; the SF Museum of Modern Art to the east, beyond Yerba Buena Park; and the skyline of San Francisco. This was the place. 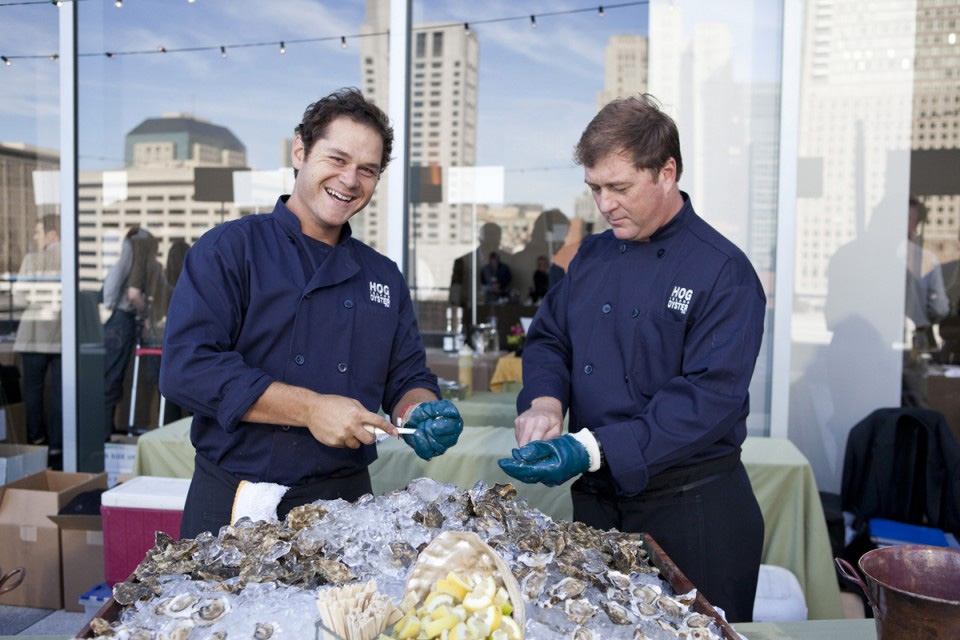 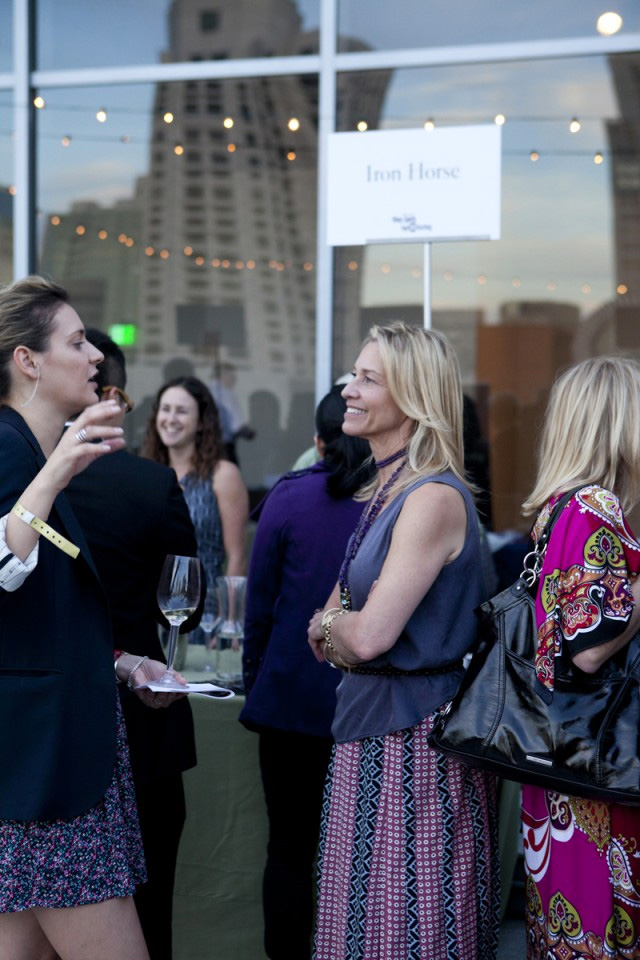 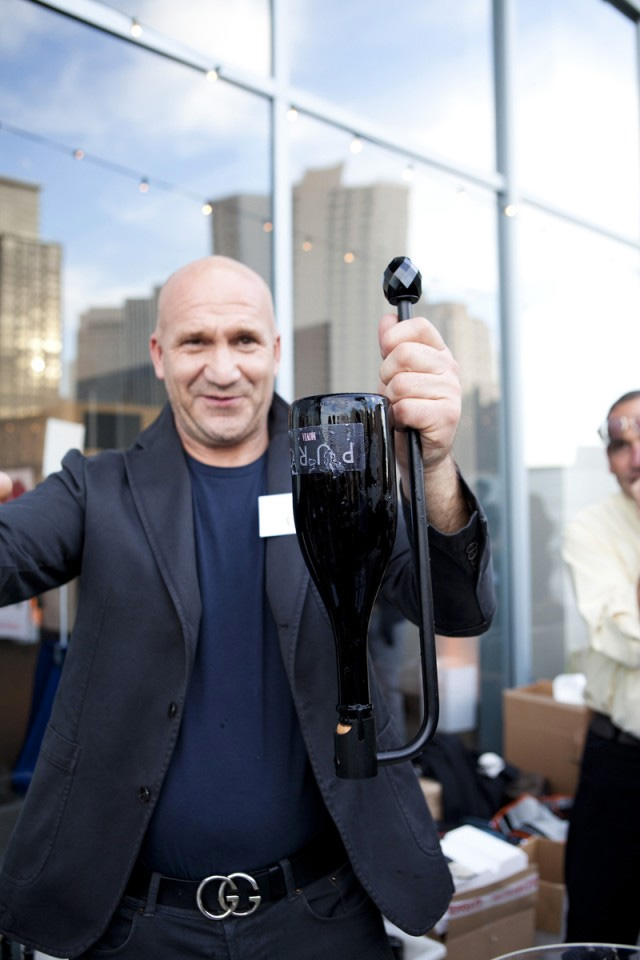 That was the prow of this year’s Top 100, with another 200 wines above deck—more than anyone could really explore in the four hours, although Alder Yarrow did a formidable job. Armed with his iPad, he took notes on nearly everything, posting them at Vinography. (A few days later, Jancis Robinson announced Alder’s new gig as the US correspondent for jancisrobinson.com.)

Eater’s Courtney Cochran was first out with a blow-by-blow of the party and the food, though she didn’t get the menu choices (Courtney, those were our New & Notable SF Restaurants & Bars — chefs choice on what to serve). SF Stations’s Keith Mizuguchi followed up with a non-wine fanatic’s take on a wine-fanatic’s ball. 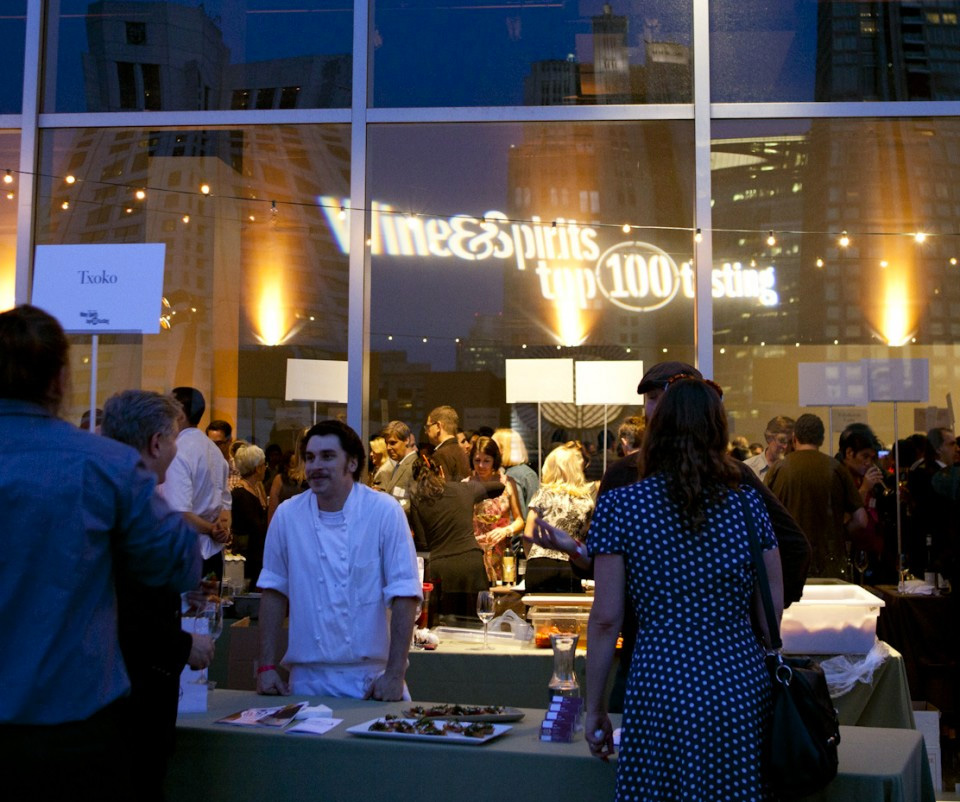 Txoko at the Top 100
The W&S crew closed down Txoko that night, chowing on boquerones, mushroom empanadas, scallops and lots of Txakoli. Then Arlequin’s Ian Becker led us to Comstock, where we closed the bar down at three, the bartender marching back and forth behind the bar with her hands formed in a bullhorn, shouting “Closing time, closing time.”

Our eight annual Top 100 was, by far, the best yet. A big shout out to all of our Top 100 Wineries, to the winemakers who came to pour, to the chefs at our New & Notable Restaurants and Bars who came to share their food, to our volunteers and the SF Baykeeper staff for all their help, to the event staff, the W&S team and to Mira Bieler, Siu Ki Wan and Cord Medina, who make it all happen.

This is a W&S web exclusive feature.
photos by Jen Siska