As part of our coverage of the Kincade fires, our editors are interviewing residents impacted in Sonoma.

Brown lives in the town of Sonoma, in the southeast corner of Sonoma County, where she reports on wine for jancisrobinson.com and often for W&S as well. She reported extensively on the wildfires in the fall of 2017 when she was, herself, in the evacuation zone. She’s grateful for her location in Sonoma, as she can get out in every direction and there are plenty of back roads that can serve as escape routes. Brown was in Tokyo when the Kincade fire hit. 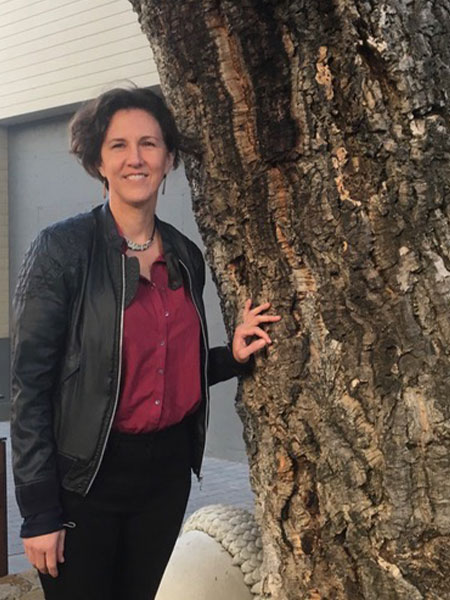 I just returned from Japan and was ill. A friend took me straight to an emergency room in Sonoma, which was empty. Sonoma hadn’t been evacuated but a lot of people chose to leave, so there were two of us in the whole ER.

It’s a good reminder: This is real life. This is how natural disasters happen. People are sick or just going about their lives and having to deal with it. The truth is, because I happen to be ill, the stress of trying to keep on top of the fire is a lot harder.

On Sunday night, a house fire started one-quarter mile from my house, and then spread to vegetation. Most crews had been diverted north, and there weren’t many crews in the area, but they were able to divert crews last night and contain the fire. One of the worries about big fires is that you still get local fires and you can end up with situations with not enough people in the region. Gratefully, they were able to divert some resources to the house incident so it didn’t get bigger.

We didn’t know last night if we’d have to evacuate. My daughter is out of town, so that reduces the stress level. The trunk of the car is filled with what she would want to save and what I would want to save. Then I’ll set the guinea pig in the back seat, the bird in the front seat—a cockatiel, she’s fourteen years old—and the rabbit on the floor.

Where will you go with all the animals?
Basically, to a pet-sympathetic friend who will take me. Two years ago, during the fires, a life-long friend in Santa Cruz took in me, the pets, my daughter and two of her friends who had flown in for her birthday and then had to evacuate during the fires. She had three teenagers on the living room floor and me and the pets on her office floor for a week. Anytime we have visitors come and stay, we have either a fire or an earthquake, so we’re showing them an authentic California experience.

How do you think folks outside of CA can best help?
Whatever it is you care most about, there’s going to be a donation center for it. Evacuation centers need supplies. And a lot of people have to evacuate with pets, so a lot of pet boarding places are taking pets for free. They need supplies. Right now, the most important thing is to donate to the evacuation centers and pet-support centers. There will be long-term needs but right now those are the two things.

In the long run, you have to be vigilant about the gofundme things that come up. There’s going to be a lot of need, and it’s important to choose wisely. Make sure you know firsthand who’s behind a gofundme campaign.