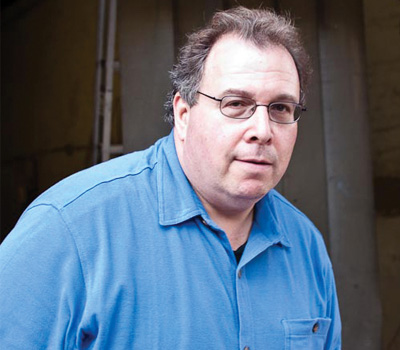 Joe Dressner, a partner in Louis/Dressner Selections, died on September 17 at his home in Manhattan, following an extended battle with brain cancer. He was 60 years old.

Dressner founded his wine import company with his wife, Denyse Louis, in 1988; later, they added a third partner, Kevin McKenna. They sought wines that were grown with respect for the environment and that were handled as minimally as possible in the cellar; by the time these wines eventually became fashionably categorized as “natural wines,” consumers in the United States often had Louis/Dressner Selections to thank for having introduced them into the marketplace.

Dressner believed that wine could express a true picture of its origins only if it were treated with as little intervention as possible. In practical terms, this meant ecologically sound viticulture, indigenous yeast fermentation, little to no filtration and a minimal use of sulfur. “Wine is becoming less a natural product and more a manufactured beverage,” he wrote on his blog at joedressner.com, and he was vocally critical of manipulative practices such as centrifuging, the addition of enzymes or the use of designer yeasts.

Yet he was not a blind champion of natural wine. Steeped in the attitudes of the 1960s, he had a healthy distrust of organized groups. “I’m skeptical of movements, slogans and catch-all phrases which try to make simple what is actually terribly complex,” he wrote. He was as antagonistic towards mediocre winemakers on the natural wine bandwagon as he was towards industrial wineries: “Doing a quick cold carbonic maceration without sulphur and popping reduced wine in autolyse into the bottle is not my idea of natural winemaking,” he wrote. “But that telltale reductive odor is almost a desired effect by a whole range of neophyte producers as are white wines which quickly re-ferment in bottle. It is viewed as the guarantee of ‘natural’ winemaking, but finally it is the triumph of method winemaking over terroir.”

Dressner was renowned for his blog, which encapsulated his personality in its combination of keen insight, sarcastic wit and absurd fantasy. “Most of this site is true,” he wrote, “but some of it is fictional. I often forget which part is which. Everyone in the wine trade takes themselves so seriously that I am trying to bring a little perspective and humor into what should be a joyous trade.” As anyone who ever encountered him knows, he could be cantankerously abrasive and tactless, but he could also be endearing and hilariously funny. He commanded an enormous amount of respect in the wine community, as evidenced by the outpouring of tributes to him written upon his death.

Along with his wife, Dressner is survived by his son Jules and daughter Alyce; I can hear him reproaching me now for not mentioning his dog Zaggy as well.  His company continues in the hands of Louis and McKenna, and its portfolio is remarkable for its quality and breadth, including estates such as Domaine de la Pépière, Clos Roche Blanche and Bernard Baudry in the Loire, Dard et Ribo and Marcel Richaud in the Rhône, Georges Descombes and Clos de la Roilette in Beaujolais, and Radikon and Arianna Occhipinti in Italy. The practices and philosophies of all of these growers might differ, but they share a certain authenticity, a sense of handcraftedness, of artisanship. Dressner wrote, “We do not look for producers who are making natural products or biodynamique products or organic products—we are looking for producers who make great wines from great terroirs.” In this, he was eminently successful, and that is the legacy that he leaves us.

Author of the much-anticipated Champagne, an obsessively detailed guide to the region and its wines, he’s been a part-time resident of Champagne since 2006, where he reports for his site, champagneguide.net. A former tasting coordinator and critic for this magazine, he last wrote for W&S on sustainable farming in Champagne in our December 2016 issue.