I had only one worry when I walked into our private tasting space: The view out the floor-to-ceiling windows was so grand that no one would pay attention to the wines we’d poured. It was what photographers call the “magic hour,” the setting sun bathing the San Francisco hills in a dusky rose hue, the corner spot four floors up affording a 180° view.

Those wines were sweated over: My colleague Patrick Comiskey and I had to choose only six out of the more than 200 wines poured by our Top 100 Wineries to showcase for a tasting organized for members of Gilt City. We began with the supposition that everyone would head to the Dom, Roederer and the like on their own (thus assuaging our guilt for leaving them out, at any rate), and focused instead on bottles we feared people might miss without prodding—a textbook Condrieu from Côte-Rôtie stronghold Guigal; a Douro table red that stuns with its delicacy (Niepoort Charme); an old-school zinfandel (Storybook Mountain’s Mayacamas Ridge). 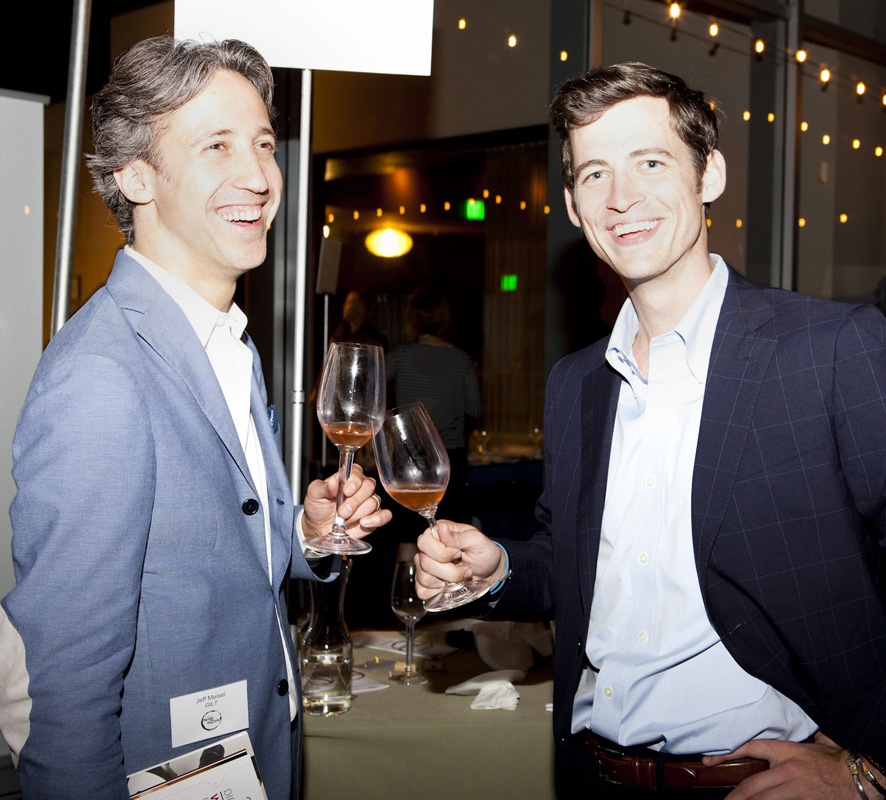 As it turned out, there was nothing to worry about. The Gilt City members admired the view, then dived into their glasses, matching us in enthusiasm, challenging us with questions, and staying long after the sun had set and the moon took its place. In the end, we shoo’d them out of the room and back into the main tasting—to go check out all the wines we’d left out.

This is a W&S web exclusive feature.
photo by Jen Siska