An hour after the doors opened on the afternoon of May 1, people were already wearing the I Love Gamay event T-shirt: “The Gamay Made Me Do It,” lettered in pink over black. 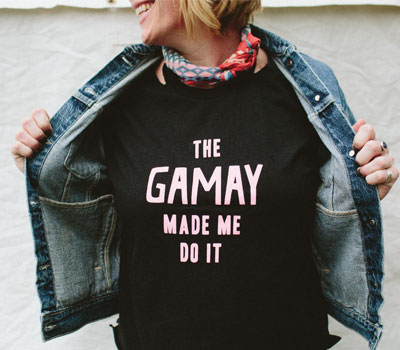 Inside Elder Hall, a small event space in Portland, Oregon, glasses clinked and the young, tattooed crowd posted their favorite labels on Instagram.  They were here for the first public tasting of gamay wines from across Oregon. Bethany Kimmel, a winemaker just releasing her first vintage, was getting lots of attention as she poured her 2015 Color Collector, a lively, peppery wine with a solid backbone of acidity. The photogenic label featured a handwritten poem and as etching of a flower. “For me, gamay strikes a perfect balance between freshness and complexity,” says Kimmel. Nearby, Stedt—another brand-new winery—was pouring a gamay pét-nat. There were fruity, carbonic wines on offer, as well as more structured, oak-aged bottlings.

Despite the fact that Oregon has a mere 30 acres planted to gamay, the variety is enjoying a surge in popularity, thanks to a new generation of urban winemakers who’ve caught on to Beaujolais as a relatively affordable and deliciously drinkable red. Among them are Tom Monroe and Kate Norris, the organizers of the event, who were turned on to it while working harvest in Fleurie, in 2009. As Monroe recalls, “There were abandoned vineyards, seventy-year-old vines, all over the place. You had this feeling of desperation, that gamay was a cast-off grape that would fade away into the sunset.” Monroe and Norris loved the grape’s drinkability and it’s light, peppery quality, so when they founded Division Wine Co. in Portland, they sought out gamay. Around the same time, another Portland winery, Bow & Arrow, also began working with the grape.

At the Elder Hall event, producers spoke of gamay’s ability to flourish in sites that might not be suited to pinot noir, the state’s flagship grape variety. “This is from lower-elevation sandy soils, where it’s too warm to grow pinot,” explained Barbara Gross of Cooper Mountain as she poured her robust, gently tannic gamay from the biodynamically farmed Johnson School Vineyard.

Gamay strikes a balance between freshness and complexity. —Bethany Kimmel
The event was a long time coming for Myron Redford, who first planted the grape in the Willamette Valley’s Eola Hills back in 1987. “I’ve been waiting thirty-nine years for this festival to happen,” he said. It was the Beaujolais-Villages wine from Louis Jadot, popular on restaurant lists in the ‘60s and ‘70s, that prompted him to graft some gewurztraminer over to gamay in the stony, windswept Seven Springs Vineyard.  Back then, said Redford, gamay was so unpopular that he couldn’t even get growers to plant it for him, although he tried to talk up gamay as a potential cash crop. “So it’s an incredible, wonderful thing to find young winemakers now making gamay,” he said. Given that the 22 producers pouring at I Love Gamay were working with a mere eight Oregon vineyards, it seems likely that more gamay will be going into the ground soon. A few new plantings are just coming online. Jubilee Vineyards in the Eola-Amity Hills has some six-year-old gamay, and Methven Family Vineyards recently grafted some pinot gris over to gamay.

After the festival, growers and attendees gathered for a dinner featuring aged gamays from Oregon and Beaujolais. A 1990 Brouilly was a standout, says Norris, and a 2000 Gamay Noir from Brick House turned a few heads. But the dinner wasn’t really a “Judgment of Portland”—just a chance to enjoy the nuances of gamay while imagining its potential in Oregon.

A former restaurant server, Rachel Signer knows firsthand the challenges of working for tips. She is now a Brooklyn-based writer, focused on food and wine.