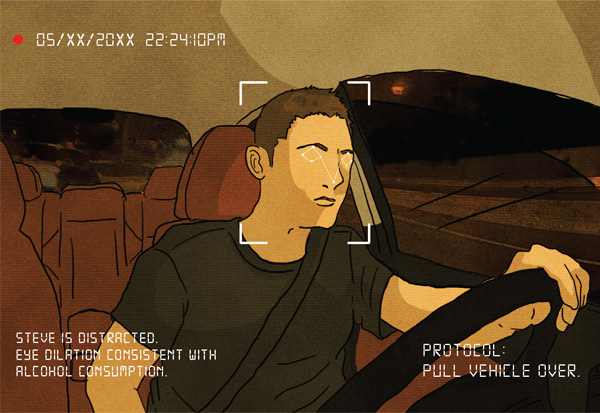 In March, Volvo announced that it will soon equip all models with driver facing cameras to identify drunk or distracted drivers. It’s the latest step in the growing active-safety movement sweeping the auto industry.

Despite societal efforts to stop drunk driving, the National Highway Traffic Safety Administration reports that in 2017, drunk driving accounted for more than 10,000 deaths, distracted driving caused another 3,166 deaths, and drowsiness caused about 800 deaths on the roads. The Volvo camera will track drivers’ eye movements to identify when they close their eyes, weave across lanes or react too slowly, which are typical signs of distraction and drunkenness. The company says the driver-monitoring system could slow the car, contact a Volvo on Call service center, or even stop and park the car.

The Swedish automaker also announced earlier in the year that it will limit driver speed starting in 2021 models. It’s an extension of the company’s Vision 2020, which aims to end traffic fatalities and serious injuries in its new vehicles. “When it comes to safety, our aim is to avoid accidents altogether rather than limit the impact when an accident is imminent and unavoidable,” says Henrik Green, senior vice president of research and development at Volvo Cars.

Meanwhile, Mercedes-Benz has equipped some of its newest models with the ability to stop the car when it detects risk of a potential collision, along with active lane-keeping assist. And Audi’s Traffic Light Information system uses signal information to reduce the number of red lights a car encounters, which the company says reduces driver stress.

But there are also legitimate questions about driver-monitoring systems, which are a stepping stone to fully autonomous cars. Critics express concern about how the data collected could be used against drivers, what happens when the system fails and the potential for hacking.

Tesla was the first automaker to market with an Autopilot system that gave full control to the car, and it met criticism a er a driver died while using the system in 2016; questions arose as to whether Tesla had adequate safeguards in place to alert the driver to intervene. When one of Uber’s self-driving test vehicles killed a pedestrian last year in Arizona, public concern about self-driving cars made headlines.

But automakers stress that there is a safe way to test and roll out self-driving technology, which they believe will ultimately be safer than human drivers. By focusing on limiting dangerous driver behavior and allowing the car to intervene, Volvo and other automakers are making a statement that the potential safety benefits outweigh these concerns.