Bordeaux vine cuttings that spent 10 months in space are now being grown and studied for evolutionary changes to combat climate change and disease.

In March 2020, at a time the world was beginning its first COVID lockdown, a bundle of 160 cabernet sauvignon and 160 merlot vine cuttings were hurtled skyward on a SpaceX Dragon rocket. Under the aegis of Space Cargo Unlimited (SCU), those canes spent 10 months at the International Space Station, experiencing the stresses of microgravity, extreme temperatures and radiation. Back on earth, the canes were planted this January in greenhouses at the University of Bordeaux’s Institut Supérieur de la Vigne et du Vin (ISVV) and at vine propagator Mercier, alongside a control batch of earth-bound vines.

Now plant scientists are beginning to assess whether the extreme stress the canes experienced while living in space might make them better suited for warming conditions on earth or endow them with more resistance to disease. And, if so, can they pass along these traits to future generations of vines?

Initially, the space vines developed more quickly than the control plants, says Stéphanie Cluzet, an associate professor at the university who is supervising this phase of research. In late March, she reported by Zoom call that “the biggest vines are ten centimeters high and have as many as six leaves.” Then, soon after, the control vines caught up.

Cluzet and her team have sacrificed some vines to analyze potential modifications at a cellular level—“in the vascular tissue system, and for polyphenol analyses,” she says. When the plants produce their twelfth leaves, they’ll repeat the analyses to select plants that are different from others.

The multi-million-dollar study is the brainchild of French entrepreneur and video-games producer Nicolas Gaume, CEO of SCU—“to help invent agriculture and food we will need for tomorrow,” he says. The cuttings he sent into space came from Mercier’s “mother vineyard” in Vendée; Mercier will propagate and market the space vines’ progeny.

Very little will be done with the space vines between the initial cane and leaf analysis and the end of this growing season, says Olivier Zekri at Mercier. After canes are harvested and analyzed from this first year’s growth, new wood will be grafted onto American rootstock. Using vines showing the most significant changes, “We will take perhaps 1,000 plants and start them growing in commercial vineyards in Bordeaux,” Zekri says.

Even assuming the vines show promise in being drought- or disease-resistant, it will still take several years to receive various governmental approvals to disseminate them. “After all,” Zekri says, “we don’t have any experience with getting vines registered that were sent into space.”

“Gravity is the one constant in evolution,” says Michael Lebert, SCU’s Chief Scientist Officer (CSO) and faculty member at FAU Erlangen-Nuremberg in Germany, “and we have never encountered a microgravity climate on earth.” Lebert acknowledges that even if the effects of space result in positive changes in the vines and their offspring, the researchers may not understand exactly why. As he says, “At present we won’t be able to distinguish whether any changes will be the result of microgravity, radiation or something else.”

The space vines project has raised some eyebrows in the wine industry. Jean-Marc Touzard is director of research for France’s National Research Institute for Agriculture, Food and Environment (INRAE), which is one of the stakeholders in the ISVV. “I’m not directly involved in this project,” Touzard said in an interview, “but beyond possible scientific contributions, the main impact may be to continue to enrich the stories—‘imaginary’—about wine by attracting journalists, writers, consumers.”

Meanwhile, Space Cargo is planning its next space experiment—on yeasts isolated in space and then tested back on earth, Lebert says, adding, “We have no plans to slow down.” 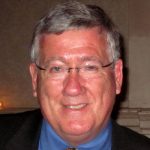 Roger Morris is a Delaware-based writer covering the wine and spirits trade.