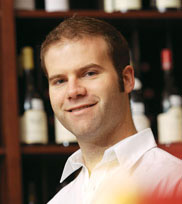 Wolfgang M. Weber
Are the 2007s in Italy holding up to their early promise?

WW: Absolutely. A number of wines supported the early buzz about the vintage. In Piedmont, for instance, Produttori del Barbaresco’s ’07 Langhe Nebbiolo was striking for the way its floral notes and rich palate felt firmly bound by acidity. General manager Aldo Vacca calls the ’07 “the best Nebbiolo we’ve ever made.” I’m excited to taste the Barbarescos when they’re released in a few years.

Meanwhile, there are some ’07s to check out in the next few months—Casanova di Neri’s Rosso from Montalcino (an IGT wine); Selvagrossa’s Trimpilin from Le Marche; and Hofstätter’s Lagrein, a bright, savory and delicious red from Alto Adige.

Producers were less vocal about their ’08s. Much of the country experienced massive amounts of rain during spring and summer; conditions improved in July and August, with sunshine and generally cooler temperatures. In general, the wines have a sense of clarity and precision, with higher acidity levels and less opulence than in recent years. Martin Foradori Hofstätter says he likes the ’08s because the alcohols averaged between 12 and 12.5 percent, and the resulting wines are quite high in acid. In fact, Hofstätter acknowledges some difficulties with the acidity levels: He experimented with deacidification for some lots but didn’t care for the results, so went with natural acidity levels.

I tasted a number of whites from Alto Adige and found them racy and vibrant, with pronounced mineral character and more subtle fruit expression. If high-acid whites are your thing, then 2008 is your kind of vintage.

What was your impression of the fair overall, given the current economy?

WW: VinItaly was as crowded as ever this year, although I heard from a number of producers and importers that the number of Americans attending the fair was way down. Groups from importers or distributors that would have been ten people in previous years were only four or five people this year.

A number of other tastings are held concurrently with VinItaly. Did you go to any?

WW: Verona in early April is like the wine world’s equivalent of the Edinburgh Festival. Besides the main event, VinItaly, there are several tastings in the region, like Vini Veri, VinNatur and, up in Alto Adige, Summa. It’s hard to attend all of them (although people do); this year I made it to Vini Veri, which was at Villa Boschi, just south of Verona. The tasting used to feature only members of the Vini Veri group (a coalition of tradition-minded, natural wine producers). This year, the event included members of the Renaissance du Terroir and Triple A—it was much bigger and more crowded, but it’s the only place to taste new releases from producers like Radikon, Bartolo Mascarello, Cos and Teobaldo Cappellano.

Italian wine was the most popular import category in the W&S 20th Annual Restaurant Poll. Does it enjoy this popularity in other countries?

WW: Judging from attendees at VinItaly, it’s clear that Italian wine is hot in many countries, although it seems that major regions, like Piedmont and Tuscany, garner most of the international attention. After about an hour in the Tuscany pavilion, I had heard Japanese, German, Swedish and Russian, in addition to Italian and English.

Do you foresee any region or native Italian grape on the verge of making a breakthrough or comeback? Or any that are largely overlooked?

WW: Sicily continues to make wonderful wines in styles that range from forward and ripe to more austere and lean. Likewise, Alto Adige is amazing for its diversity, although the region excels with its minerally whites. And then there are always surprises: Piedmont’s riesling gets better with every vintage.