We look forward to welcoming Jeff Mangahas at the Top 100 Symposium in New York City. He’ll be pouring the Williams Selyem wines on January 14, 2020 at Union Park Events. Here is Joshua Greene’s profile of the winery printed in our 2020 Buying Guide: 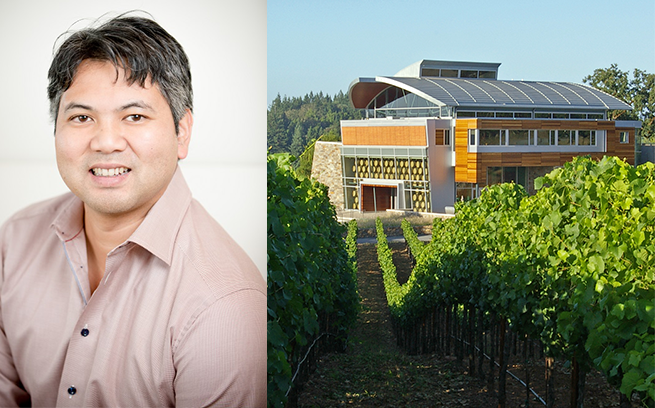 “I’m thankful that I still get to taste with Burt Williams,” says Jeff Mangahas, speaking of the founding winemaker at Williams Selyem. “He liked oak; the wines were rich. You taste the wines 20 years later and they’re brilliant.” Williams got his start making zinfandel in 1979 with his friend Ed Selyem. The two turned their tinkering into a business in 1981, creating the Williams Selyem label in 1984 and becoming early explorers of pinot noir from western Sonoma. After they turned over a thriving business to John and Kathe Dyson in 1998, Burt Williams purchased a 40-acre ranch in Philo, where he planted 13 acres of pinot noir. The hillside planting, at an elevation of 600 feet, faces north and northeast, a cool exposition for grapes further cooled by proximity to the coast. Mangahas, who now makes the wine at Williams Selyem, used those grapes to produce one of the most delicately beautiful pinot noirs of the 2016 vintage. As it turns out, 2016 will be the last Morning Dew Ranch Pinot Noir from Williams Selyem, since Williams sold the property later that year. Yet, as just one of 42 wines Mangahas makes each vintage, the loss of the vineyard is most notable as a marker in the history of Williams Selyem, the latest since Mangahas came on board in 2011. A molecular biologist and medical-research scientist, Mangahas headed to UC Davis hoping to understand what makes wine taste the way it does. Coastal pinot noir soon attracted him, which eventually led him down the path established by Burt Williams. While the winemaking here is consistent across the board to emphasize site differences, it is also artisanal, the grapes trod by foot, the juice moved without pumps, the wine bottled without filtration. It’s always fascinating to taste through the new vintage and explore how so many pinot noirs can taste not only different, but also delicious.

2016 Anderson Valley Burt Williams Morning Dew Ranch Pinot Noir (95 points)
Mangahas worked closely with Williams to cherry-pick the blocks he wanted for this wine; in 2016, he harvested parcels of clones 115 and 777, plus two parcels based on selections from Domaine de la Romanée-Conti and Rochioli, and also a Swiss Wadenswil clone 23. “They are as black as night,” Mangahas says of the gangly, late-ripening Wadenswil clusters, “with thick skins and high acid.” Those varied fruits layer into a fragrant, elegant pinot noir with scents of cherry blossoms, its darker tones of spring mushrooms, moss and conifer forests washing over the tart red-berry flavors.

Taste this and more of the top-scoring wines of 2019 at the Top 100 Symposium in NYC.