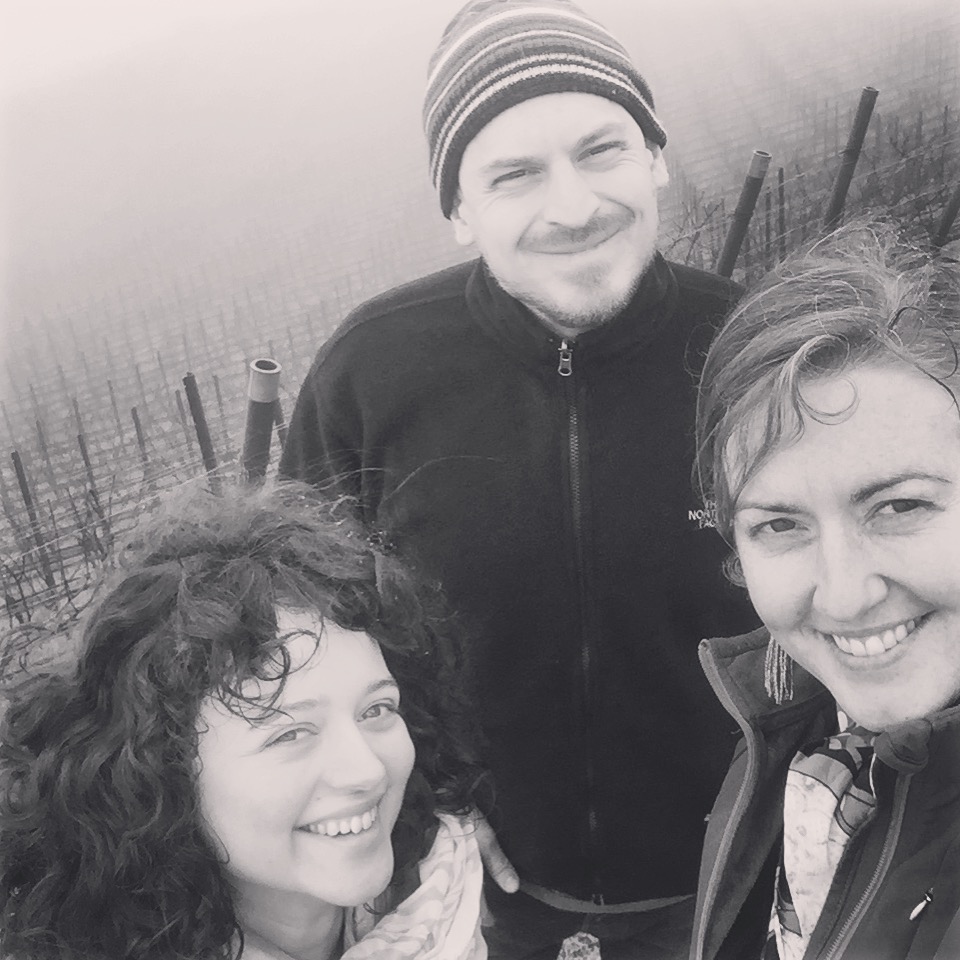 Erin Scala, based in Charlottesville, Virginia, tapped Booth Hardy of Richmond and Kimberly Prokoshyn of NYC to join her in the Santa Cruz Mountains, where they braved winter storms, navigating around landslides and road closures to climb into the high ridges where the vines often thrived. 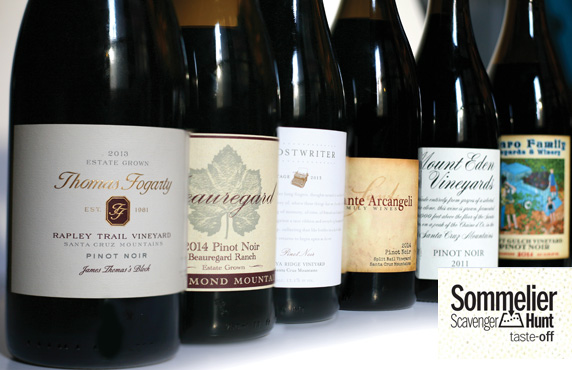 Alfaro 2014 Santa Cruz Mountains Trout Gulch Vineyard Pinot Noir
This comes from only six miles west of Split Rail, but it’s much closer to the ocean, so fog plays a bigger role, leaving a distinct saline tang and what Prokoshyn terms “kelpy savoriness.”

Beauregard 2014 Ben Lomond Mountain Beauregard Ranch Pinot Noir
The Beauregards are the only people to bottle a wine from Ben Lomond, the only official sub-AVA in the Santa Cruz Mountains. It’s a dramatic site, remote at 2,600 feet in altitude, where the vineyards ripen their fruit above the fog line.

Thomas Fogarty 2013 Santa Cruz Mountains Rapley Trail Vineyard
James Thomas’s Block Pinot Noir This is a snapshot of the eucalyptus, redwoods and chapparal growing around this steep, shallow-soiled, windy parcel at 1,650 feet, as well as a record of the warmth and drought of 2013 in its black fruit and brawn.

Ghostwriter 2013 Santa Cruz Mountains Amaya Ridge Vineyard Pinot Noir
Kenny Likitprakong took over this near forgotten site in 2011. “It’s up in the mountains, surrounded by forest, and you really smell that in the wine,” says Scala. He also ferments it with 40 percent whole clusters, adding stem spice to the mix.

Mount Eden 2014 Santa Cruz Mountains Estate Bottled Pinot Noir
This gave perhaps the best summation of Santa Cruz Mountains pinot: elegant, supple and forest scented. A seven-acre vineyard at 2,000 feet in altitude, it was planted in 1945 from material bootlegged from Burgundy—material that has contributed cuttings all over the AVA.