On October 8, Barbara Winiarski, wife of Napa winemaker Warren Winiarski, died at the age of 88. The Winiarskis purchased a prune orchard in the Stags Leap District of the Napa Valley in 1970. Their Stag’s Leap Wine Cellars cabernet took top honors at Steven Spurrier’s Judgment of Paris wine tasting in 1976 and played a seminal role in the establishment of Napa Valley as a world-class wine region. In her long career, Winiarski was known as a dedicated artist, philanthropist and land preservationist. —P.J.C.

The Bollinger family, who acquired Ponzi Vineyards in May of this year, appointed Jean-Baptiste Rivail as CEO of Ponzi and Executive VP of its parent company, SJB USA, in October. Rivail had most recently served as GM for SJB USA’s Newton Vineyards, in Napa Valley. —S.S.

This fall, Hope Well, an Eola–Amity Hills vineyard established in 2014 by Mimi Casteel, was acquired by Bledsoe/McDaniels, a partnership between former NFL star-turned winery-owner Drew Bledsoe and winemaker and CEO, Josh McDaniels. Casteel had maintained one of the most coveted vineyard sites in the Willamette Valley, farmed with a meticulous, highly personal, regenerative organic practice. Her work was covered in this magazine in April 2021. In a letter to her wine-club customers, Casteel said she intends to move “the winery, the philosophy, the entire ethos” to a smaller, more manageable property. —P.J.C.

In September, Sullivan Rutherford Estate acquired the 18-acre Criscione Vineyard from Joe and Ashley Criscione, previously a source of cabernet sauvignon for Araujo, Harlan and Ovid, among others. —S.S. 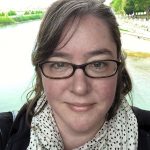