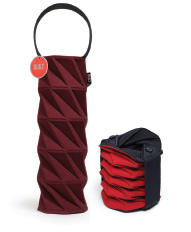 Origami Wine Tote
Not only does this bag look sleek and sophisticated, but it keeps bottles safe with its padded neoprene material, and collapses into a compact bundle.
$25; builtny.com 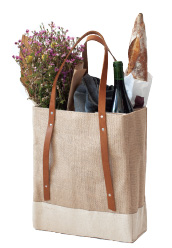 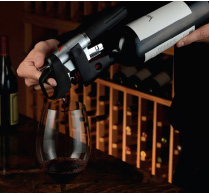 Coravin
Thanks to Greg Lambrecht, a medical device engineer, you can have a glass of wine without opening the bottle. Coravin, which has been vetted by somms at fine dining spots like NYC’s Del Posto and NoMad,  uses a thin needle to first push argon—an odorless, colorless gas— through the cork and then allows you to pour out a glass. After the needle is removed, the cork reseals itself, keeping the remaining wine safe from oxygen.
$299, coravin.com 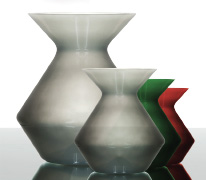 Zalto Spitoons
Haunted by the indignity of communal bucket splashback? Get your own personal spittoon from Austrian glassware manufacturer Zalto. Available in gray, red and green, the five-inch high glass fits easily in the hand; a larger, 2.5-liter version is available for the table.
$58 and $95 respectively, winemonger.com

Hoffmann Wine Coaster
It may be pricey, but wine coasters aren’t typically as sleekly designed as this sterling silver-and-rosewood beauty from Josef Hoffmann, an Austrian architect and designer working in the early 20th century.
$1,250, shop.neuegalerie.org

Sherry-Soaked Figs
Just in time to for the opening of their new store in Manhattan’s Chelsea Market, Liddabit Sweets has debuted a fig that’s been soaked in Pedro Romero Amontillado Sherry and stuffed with ganache. To further gild the lily, the sugar mavens flavor its filling with bright orange and grassy olive oil, and dip the whole thing in dark chocolate.
$15, liddabitsweets.com 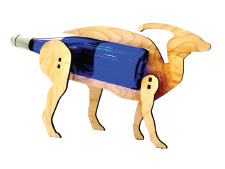 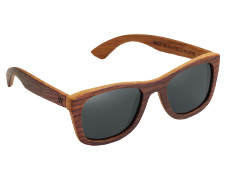 Oak Couture
If you’ve ever looked at a wine barrel and thought, “That’s cool, but can I wear it?” you’re in luck. California-based Woodzee introduces its oak barrel sunglasses this December, made from recycled barrels provided by Robert Mondavi’s Private Selection. $120 at woodzee.com. —E.T. 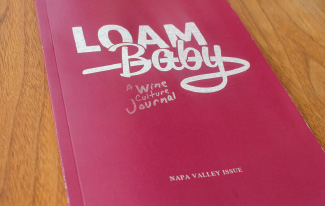 Loam Baby
R. H. Drexel doesn’t exist—that’s a pseudonym for the wine industry insider who writes and publishes Loam Baby, a zine that digs into California wine culture. The first issue, harking back to ‘90s zines with its grainy cover, bare-bones design, decidedly unprofessional photos and occasional comic strip, seemed like it might be a flash in the pan. But “Mr. Drexel” now has three issues under his belt. Loam Baby publishes surprisingly candid interviews with both up-and-comers and winemaking veterans. The most recent issue focused on Napa Valley, and included a punchy conversation with Jayson Woodbridge of Layer Cake and Hundred Acres, alongside some suggested playlists that winemaker Steve Matthiasson created for various Napa Valley sub-appellations. Oakville, for example, gets Built to Spill, Stereolab and Sonic Youth. PDFs of each issue are available for free online. The hardcopy versions would make great gifts for a wine nerd who thinks she has everything; they run $11 to 15 at loambaby.com —L.S.

While our winters may not be as dark or long as they are in Scandinavia, thanks to Martin Geijer, maker of Geijer Glögg, we now possess a liqueur version of their secret weapon against the cold. Traditionally made by mulling sweetened red wine with spices (usually cinnamon, cardamom, cloves, ginger and citrus peel), glögg tends to be heavy, warming stuff. Geijer has retooled his family recipe to make a more refined version by distilling and infusing spices into neutral spirit instead of wine. The spirit smells like a clove-studded orange. Alone and at room temperature, it tastes like lightly sweetened spice tea. The magic happens when it’s heated up or served in a hot toddy. It’s bottled holiday cheer. —L.B.
Geijer Glögg, San Francisco, CA; 20% abv, $32 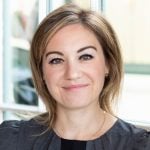