When I was at Quinta do Vallado, we were drinking Port with Serra,” David Leite recalled as he cut the top off a wheel of Zimbro, a cheese similar to Queijo Serra da Estrela, the mountain sheeps’ milk round that’s one of northern Portugal’s greatest contributions to gastronomy. Leite himself is another one of Portugal’s great contributions of gastronomy: The publisher of LeitesCulinaria.com, he’s the author of The New Portuguese Table and a repository of culinary knowledge, including how to deal with this oozing, superripe cheese.

“We ate our share of the cheese, then a housekeeper scooped out the almost empty wheel, filled it with hot spaghetti and we ate right out of it.” That Serra was as runny as this Zimbro; by the time its gets here to the States, however, it’s usually a hard cheese. “And hard Serra, what’s the point?” Leite asks.

When Serra is in season, it’s the local dessert of choice with aged Tawny. But a true Serra and Tawny fix is hard to recreate, so Leite has joined me in search of an alternative. We assembled five cheeses and a dozen age-designated Tawnies to taste what might work.

The Zimbro, in fact, is not as complex as Serra, but it is close to the Real Thing—“assertive, not barnyard, but grassy. The finish is like a silk scarf,” Leite says. Tasting it with an equally silky, firmly structured Graham’s 10-Year-Old, he remarks, “the cheese becomes more strident—you taste more salt. It stands at attention.” The Taylor 30-Year-Old makes for a more luscious match, the texture as smooth as that of the cheese, the flavor lush with what Leite describes as roasted sultanas. 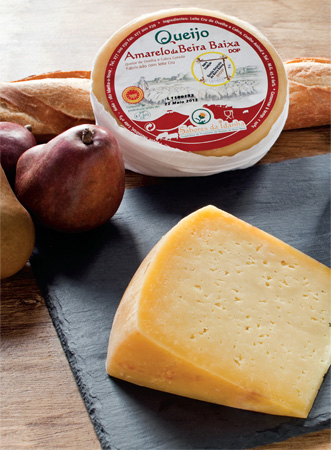 A round of Amarelo da Beira Baixa offers a different challenge: Our wheel was semisoft and salty, made from a mix of goat and sheeps’ milk using animal rennet. The 10-Year-Old Graham’s makes for a straightforward, simple match: “I’m sweet. You’re salty. Let’s dance,” Leite exclaims, and suggests it’d make for a good Sunday night supper.

Serpa, a sheeps’ milk cheese from the Alentejo in southeastern Portugal, is usually served runny. Our round is firmer, a little soft in the middle and nutty. “It fools you,” Leite says. “You taste it. It seems simple, then it starts doing cartwheels halfway back. It starts getting saltier, with acidity and umami notes coming through.” We try this with a series of 10-, 20-, 30- and 40-year-old wines: “The older the wines get, the more they pet the cheese, stroking it.” That is, until the 30-Year-Old Taylor. The 40-year olds are too old for this young cheese: “It’s like a bad husband,” Leite says. “It starts to point out your flaws.” 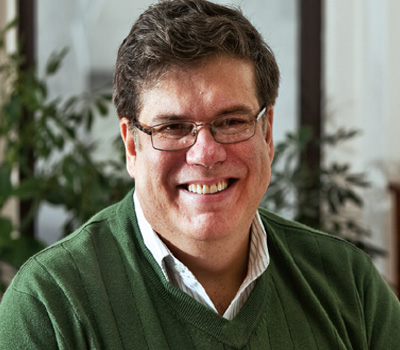 We end with São Jorge, a cow’s milk cheese from the Azores. It’s the local cheese for Leite’s family when he travels home to the islands. “The older it gets, the more piquant it gets, ranging from mild and sweet at two months to nutty and piquant at four,” he says. 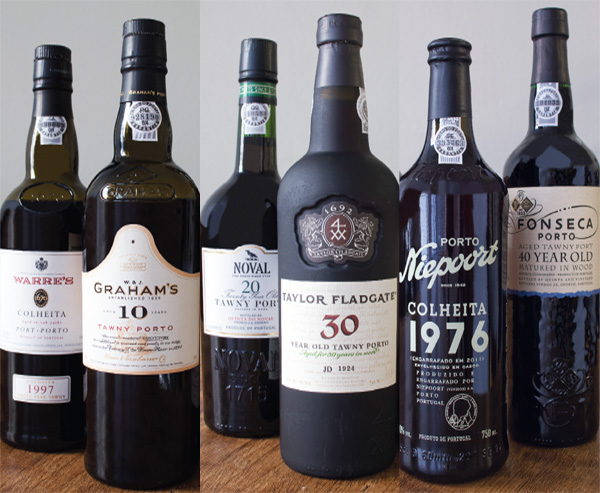 Our São Jorge is on the older side and he immediately reaches for the 20-Year-Olds from Ramos Pinto and Quinta do Noval. Creamy and nutty, they draw out the buttery flavor of the cheese, and, Leite points out,“create the kind of caramel undertone you find in red wine and Parmigiano-Reggiano.” The 20-Year-Olds build a richer, fatter match, while the older Ports dominate the cheese. In the end, a wine like the ’76 Colheita from Niepoort is better on its own—“It’s like a ship cutting water on a glassy lake, cutting beautifully right through,” says Leite.

On the other hand, it would be great in the Douro with a meltingly ripe Serra.

This story was featured in W&S April 2012.
photos by Bartomeu Amengual