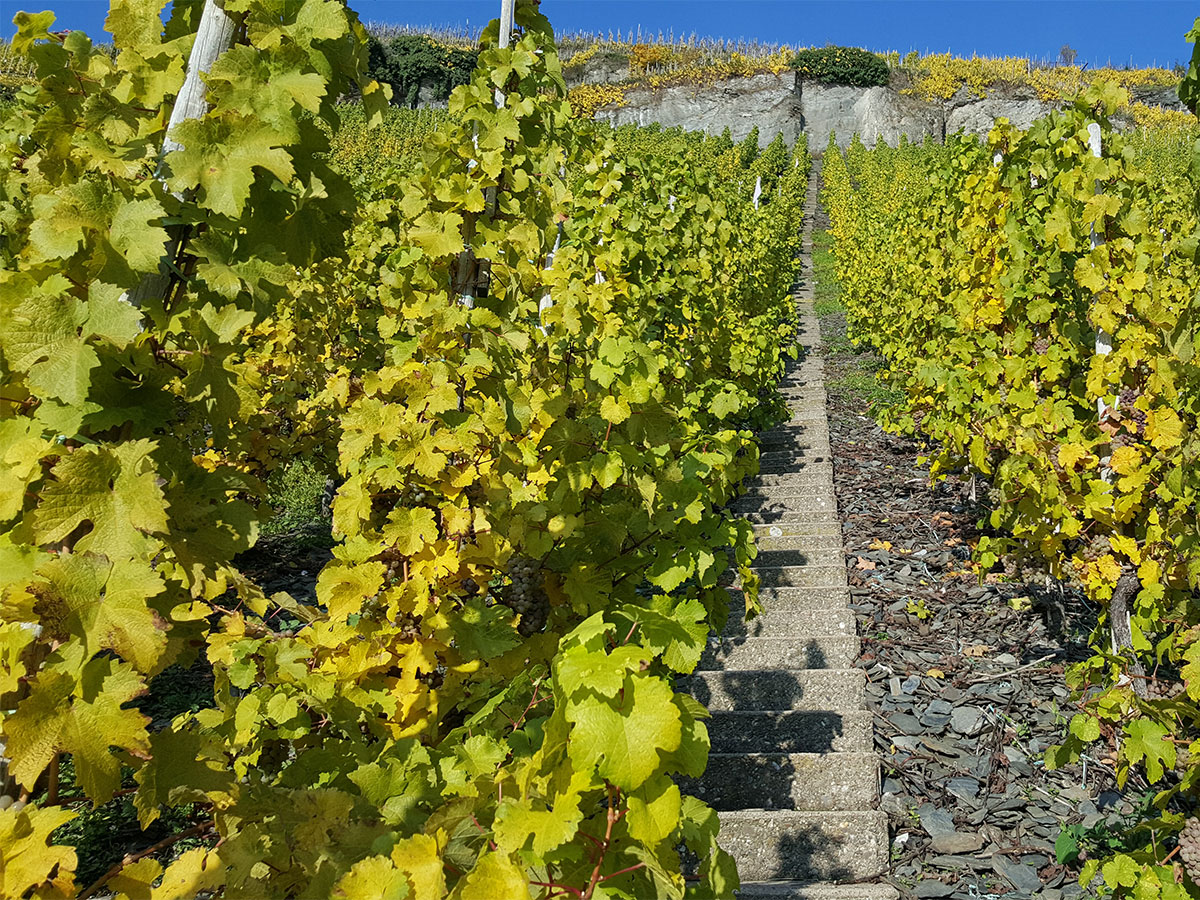 The Selbach-Oster wines showed at the top of our latest Mosel tasting, several wines garnering very strong recommendations, including the 2019 Zeltinger Sonnenuhr Ur-alte Reben Riesling Spätlese Feinherb and the 2019 Rotlay Riesling Auslese, among others.

I asked Johannes Selbach for more background on the wines, and he explained that they come from two adjacent parcels in Zeltinger Sonnenuhr, in fact. While the Selbachs don’t know exactly when the vines at Rotlay were planted, they believe they date to just after World War I; the Ur-alte Reben (“super-old vines”) were planted before 1910. The biggest difference in the wines, however, is that the Selbachs harvest the Rotlay vines en-bloc—all at once, an unusual choice in a region where it’s typical to pick progressively, as the grapes ripen through the fall, to create a range of wines.

The decision to harvest en-bloc came out of discussions between Johannes and his father, Hans, after Johannes joined the estate in 1988. While Johannes says that he and his late father agreed on most things, they could never come to terms with Johannes’—and his generation’s—belief that “super selective picking of only the choicest grapes would make the best wine. My father was a purist,” Johannes says, recalling how Hans would tell him, “This is not a lab. You should take what nature gives you.”

In 2003, they agreed to put their philosophies to the test, working with a parcel just upriver, within Zeltinger Schlossberg. Schmitt was among one of their top blocks, and they each made a wine from it that year—Hans from a single pass through the vineyard, collecting grapes at varying degrees of ripeness; Johannes from a selected harvest, targeting only those grapes with the ripeness he was seeking. Tasting the results, they both preferred Hans’s wine. So, in 2004, they harvested two of their top parcels en-bloc, Schmitt and Rotlay. In 2008, they added Anrecht, a parcel in Zeltinger Himmelreich, and, more recently, have begun to experiment with two more parcels.

Selbach harvests these micro-parcels in one picking run, “without separating the different degrees of ripeness that occur on each vine,” he says, then allows the fruit to ferment spontaneously in old oak Fuder. Selbach says his goal is “to trace terroir over a long period of time, through the natural variation that the weather would bring, provided that a great site—with a long, proven track record of top quality—were to be farmed and picked and vinified the same over time, with as little human influence in the picking and winemaking as possible, so that the place would make the difference.”