It’s 10 am at the Bluxome Street Winery, and the room is jamming. Forty people have gathered to watch five teams of sommeliers compete in W&S’s second annual Sommelier Scavenger Hunt. Last year, the topic was great wine regions across the US. This year: Destination Australia.

We picked Australia as we know it to be a country filled with a diversity of wines—and yet Australian wine doesn’t tend to get a lot of real estate on the restaurant wine list. What would happen if we sent top sommeliers direct to the source?

Fascinating stuff, as it turns out. Each team selected a different part of the country, and from there, they had three days to figure the place out on their own. The end goal: to come home with six wines that best sum up the character of the place, from geography and geology to climate and culture.

Those are the wines they are showing this morning, and, as there’s a certain unease among the audience: What’s this going to be like? Will the wines be good? 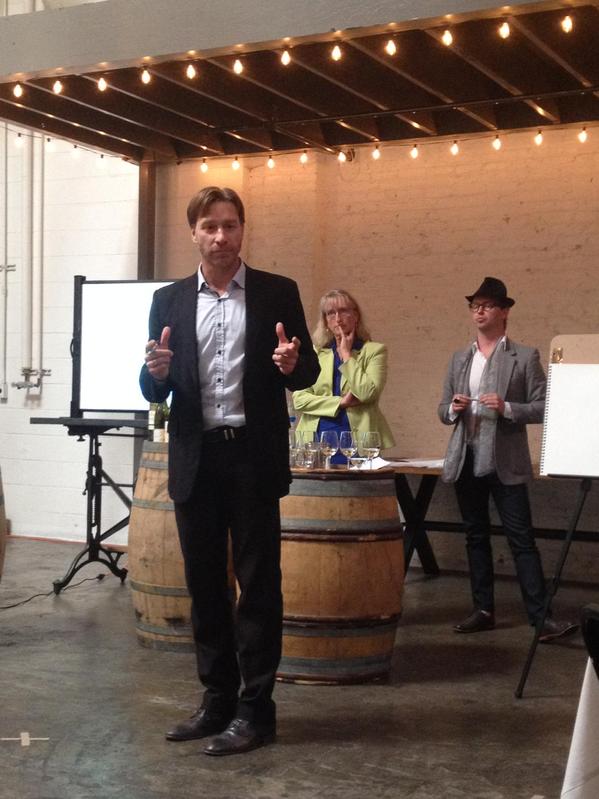 Team Hunter Valley
And then the Hunter Valley semillon hits the glasses as Team Hunter Valley takes the stage.  Even if the team never opened their mouths, the wines spoke volumes, their lanolin richness and umami flavors clearly signaling that we are in another land. The all-Canadian team—John Szabo, MS, Véronique Rivest and Brad Royale—filled in details that put the wines in context—the flat land and hot sun, the local foods—from fish to “mudbugs,” something like a cross between a crayfish and a lobster, from the sound of it. “Part of their beauty is the low alcohols and high acidity,” Rivest says, while Royale points out that it’s also the purity: These are naked beauties, fermented in stainless steel, with barely any time on the skins and no oak flavors. In other words, exactly the opposite of what most people associate with Australian wines.

Team Margaret River—an all-California trio made up of Lulu McAllister, Gretchen Buck and Chelsea Coleman—came on with an advantage, for anyone who’d followed their Instagram feed at #teammargaretriver, filled with photos that capture sunny days by the Indian Ocean, warm enough to get away with only light jackets. The picture they painted in words sounded just as idyllic—temperate climate, a wind so favorable it’s called “The Doctor,” curing anything that might have ailed the vines; stands of karri trees that distract bugs and birds away from the vineyards, making grape-growing relatively pest-free; and moisture in the air that keeps the landscape a bright, lush green. While the area may be best known for cabernet blends, the three settled on chardonnay as the region’s most expressive wine, presenting several experimental wines with different clones and farming styles. 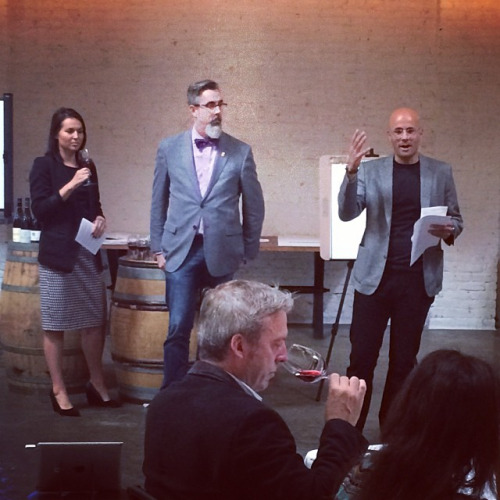 Team Tazmania
Tasmania stepped up to the podium, team leader Carlton McCoy attacking his topic like a Tasmanian devil in speed and intensity, while Andy Myers and Amy Racine took attitudes that seemed more in keeping with the characters they described meeting—iconoclastic winegrowers that are cool with a growing season that can stretch to 22 weeks, and still come in low in alcohol—“New World fruit wines with Old World structure” is how they summed them up.

Acidity was also the topic for Team Yarra—Jared Hooper, Sarah Clark and Paul Coker—who also picked pinot noir as the most compelling grape in the region. “The wines just have this tension, this nervosity,” said Coker, even while the flavors are much darker and richer in fruit than the Tasmanian wines. 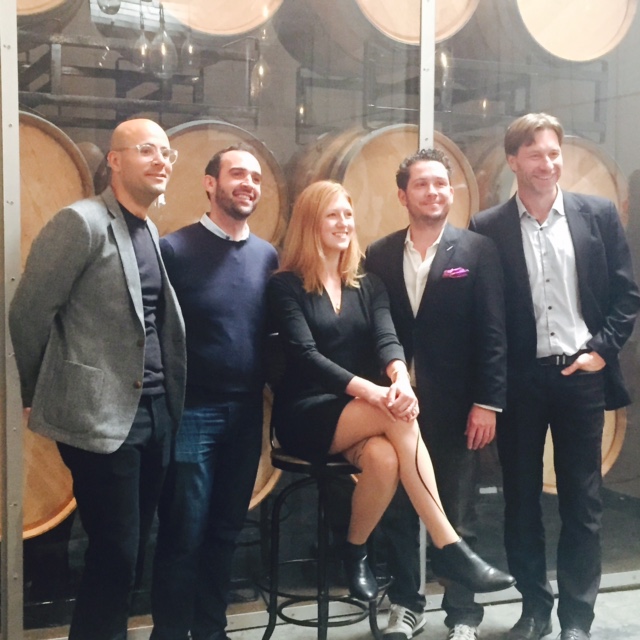 Team leaders Carlton McCoy, Michael Madrigal, Lulu McAllister, Jared Hooper and John Szabo, MS
Last up was McLaren Vale, covered by the team that won the SSH last year: Michael Madrigale, Michelle Biscieglia and Josiah Baldivino took the stage in shirts labeled “McLaren Vale Grenache Squad” and handed out baseball cards with some of their favorite winemakers (plus a stick of gum, to cleanse the palate after the tasting. Cooper’s Ale may have been more appropriate, but it’s hard to package.) They presented what Madrigale described as “a 360-degree view, from sandy soils to ironstone, sandy loam and clay; from the flats to the highest points, from 13 degrees alcohol to 16.”

Tune in tomorrow to find out who won.