Wine caught Rachel Merriam’s attention while she was studying at the Culinary Institute of America in Hyde Park, when she took the three-week wine class. She dove in deeper after traveling with a group from the CIA throughout northern Spain, from Madrid to San Sebastian. Then, she landed a job as a server at Casa Mono, joined the wine team after six months, and became wine director another six months later. Now, with more than four years running the wine program for both Casa Mono and its sister restaurant, Bar Jamón, Merriam is steeped in Spanish wine and returns to Spain annually on research trips. 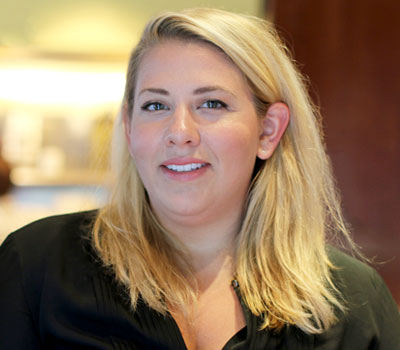 You have three Riojas in your top-ten list, each at $80. Why does someone choose La Rioja Alta over Contino Reserva 2011 or López de Heredia Viña Bosconia 2008?
Our list is set up between traditional and modern styles, then by region—Alavesa, Alta and Baja. Everyone comes into the restaurant wanting Rioja, and we have a conversation with them, asking if they want the traditional, high-acid style or the more modern, cabernet style.

Those three wines are all so different. Contino is a modern style; it’s a small, 65-hectare property and the wine is focused on tempranillo. Ardanza is a traditional style, one of the few adding garnacha to that bottling, so it shows more fruit than the Bosconia, which is more high acid.

Comando G La Bruja de Rozas … is that new to your top-selling list?
That’s something we’ve been selling for a long time, though the wines are not always on the list, especially the high-end single parcel wines, because they are harder to come by.

During the summer, because of the style of grenache it is, we rotate through those wines quickly. It’s grenache based on minerality, styled after a light-bodied pinot noir. They are not the Navarro or Cariñena style—not jammy, and there’s no residual sugar. The Comando G (from the mountains outside Madrid) are more based on pure fruit and floral notes.

Anima Negra Mallorca Callet at No. 8? Is that a hand sell?
Some of our customers know about Anima’s entry-level wine, An/2, especially if they’ve dined at Boqueria or one of the José Garces restaurants. There are a lot of people who have visited Majorca and if they see a Majorcan wine, they want to try it.

Alvear Montilla Pedro Ximenez is your best-selling dessert wine. How many people actually drink PX?
People do. I like to introduce people to Pedro Ximenez as treacle over ice cream—that’s the gateway drug to enjoying a glass of PX. Our desserts match well with PX: sweet goes with sweet.