Jay Beaman became curious about wine in 2004, while working as a busser at Firefly in San Francisco’s Noe Valley. He later spent time in Brazil before returning to the city to open a self-proclaimed Mission dive bar (Dear Mom) with friends, and then helped craft the bar program at Barrel Head Brewhouse. Now he is back at Firefly, putting together an eclectic wine list to match the restaurant’s gluten-free menu. 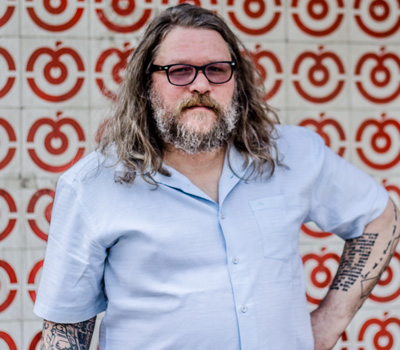 Obviously how [a wine] tastes. Then, what the farming practices are—at least [the winemakers] are speaking to it, thinking about it and taking it seriously. That’s the bottom of the barrel for what we expect. We prefer biodynamic and organic farming practices, although we understand certified organic is not easy, especially with sulfites. You can’t even get in the door without talking about that stuff.

How chenin became the most successful new wine

Before I took over, we didn’t have anything over $90 [a bottle] or over $13 a glass. I had a really great chenin blanc from the Loire at St. Vincent, and I was so into it. One of my favorite wines is Joly’s Les Clos Sacrés, so I knew I had to get a good chenin blanc. I called a rep who has a lot of French wines and said, let’s drink some chenin blanc. She came in, calling it “Chenin-apalooza,” and brought in 14 wines. The one that I liked [the Domaine Richou Rogeries], I accidentally wrote down was $144 a case, but it turned out that it was $232 per case—same producer, but a different vineyard. But I liked it so much and wanted to put it on by the glass, so I said: let’s do it for $16 and see if it sells. We’ve never done that before, or for a white wine. I wrote some notes to the staff about the changes and said: I know this is a big lift. Let me know if it’s working, and if it’s not then I’ll take it off. Now it’s in the top ten, which is amazing. The staff still has to hand sell it; they really like it. It goes well with some of our dishes, especially the brussels sprouts and risotto cake—anything that’s rich with a really high salt and acid content.

I don’t have anything from South America, and it’s a huge blind spot for me. I don’t like big stupid malbecs, and I know that there are better wines down there, but I just don’t taste them. [Reps] know I don’t really like them so they don’t bring them to me. This year I’m going to say: Start bringing me some South American wines that are great, because I know people like them and it’s not about me. It’s a little about me, a little about them and then from that combination, we can hopefully have the best experience.

I find that people are less rude about merlot, and they’re more interested in drinking merlot—especially merlot blends. Honestly the [Les Cadrans de Lassègue, his top-selling wine by the bottle] really surprised me. I think it’s two things: People are drawn towards blends, and they’re less affected by the anti-merlot situation. People are starting to realize that if they see something that’s merlot, cab, cab franc, that we’re talking about the Right Bank of Bordeaux and one of the greatest wine producing regions in the world, no matter what a stupid movie was ten years ago.

An ideal meal at Firefly

One hundred percent of the time, I’ll start with the dry fino sherry—the Fernando de Castilla En Rama. Shrimp cakes for sure, which is very dim sum-meets-Louisiana, with the Luquettes rosé. It’s just a touch of pink and it’s incredible. Then, probably meatloaf with a half bottle of the Domaine de Beauséjour [Chinon], which people think is a bully wine, and it is. But it’s so good with the meatloaf wrapped in bacon, mushroom gravy and roasted broccoli romanesco. The Loire is my safe space.